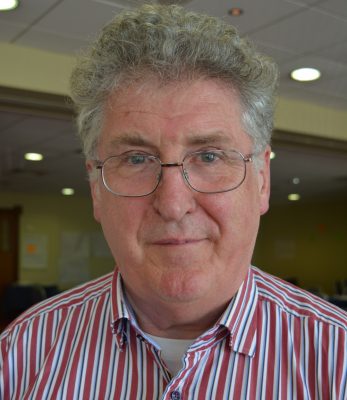 Colomban priest and eco-theologian Fr Sean McDonagh says the surge in ‘green’ support so evident in the recent local and European elections must be matched with action.

“How do we retro fit houses? That will cost billions. How we address the issue of methane in agriculture? Those are difficult decisions and that’s where we know if they [the government] have gone green or greenwash and as you know companies are great for greenwash.”

There were large gains by the Green Party in local elections, and in the European Elections the party took its first seat.

The author of many books on ecology and the environment, including Climate Change:The Challenge to us all, Fukushima: The Death Knell for Nuclear Energy? and Reflections on Laudato Si, said he had brought Pope Francis’ encyclical Laudato Si’ to the Green Party. “Before this you didn’t have anything – it’s a first class document. The science is extraordinary.”

However, he was “disappointed” with the party’s support for abortion. “I’m very clear in my position. There are two lives at stake here and very often the ethics is focused on the woman, but unfortunately what about the unborn child? What rights do they have?

Fr McDonagh was pleased that so many people were taking the issue of climate change seriously, led by young activists like Greta Thunberg. “Look at the protests outside the Dáil every Friday. People are saying we want to ensure your future. And they [the young people] are saying ‘What future are you leaving us? If we’re going to head for three degrees Celsius above the pre-industrial level, that will fry half the areas of the earth.’”

Recent estimates by scientist say that in 100 years the ocean could rise by 2 metres. “Now two metres extra level of the ocean – what would happen to Dublin, to Cork, to Waterford, Limerick and Galway?” he asked.

According to Fr McDonagh, who celebrates his golden jubilee as a priest in June, the two most pressing ‘green issues’ are loss of biodiversity and climate change. “They’re linked. Climate change is going to cost [the loss of] a third of the biodiversity field. The last time a thing like this happened to our planet was 65 million years ago when an asteroid crashed into Mexico.” He appealed to people to take seriously the recent UN study on biodiversity, which warned that a million animal and plant species were at risk of extinction.

“We are human. We are part of this. Are we going to leave our planet and destroy the extraordinary beauty of the various species?” he said, adding that climate change must be tackled immediately. “We can’t put it off and address it in 30 years’ time, because by then we will have put in place processes that we will not be able to stop.”