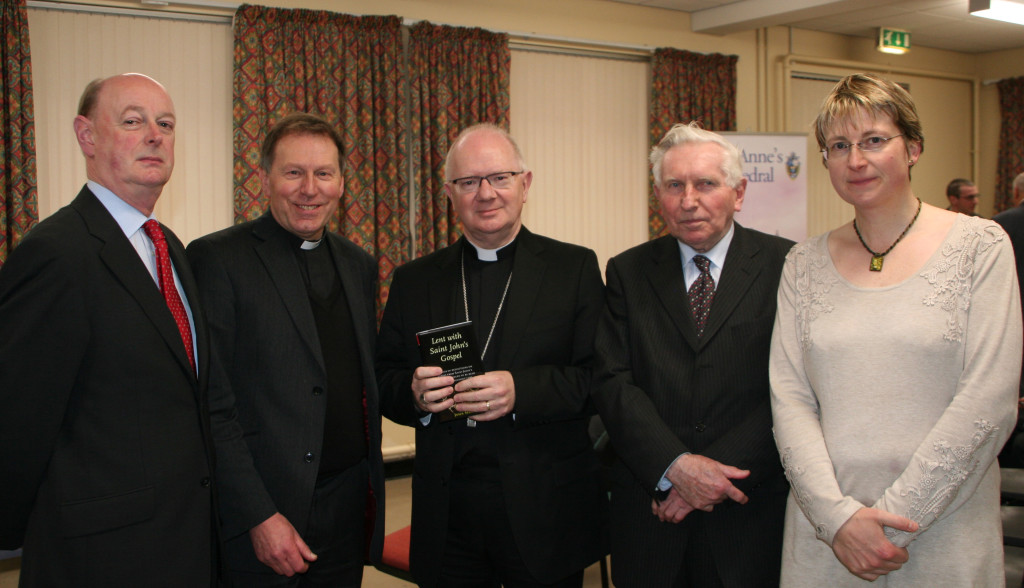 The Gospel of John is “endless in its depth” the Church of Ireland Primate of All Ireland said on Monday as he launched a new book of daily reflections for Lent in Belfast.

“We often have a favourite gospel and unashamedly I return again and again to John’s gospel, for its deceptive simplicity, use of metaphor, simile and image and because it brings us deeper and deeper into the person of our Lord,” the Most Rev Dr Richard Clarke, Archbishop of Armagh, told those gathered in St Anne’s Cathedral for the launch.

The new book, ‘Lent with St John’s Gospel’ by Rev John Mann, is a series of 47 daily reflections (including Sundays and continuing right up to Easter Day) based on selected individual verses from St John’s Gospel. It is published by Columba Press.

Describing it as an excellent daily devotional Lent resource, Archbishop Clarke said it combined Dean Mann’s characteristics of “penetrating intellect with a spirituality of great depth”.

The new publication is the result of a process initiated by the Church of Ireland Literature Committee in 2012 which issued an open call for authors to produce a Lent book with the potential to be both an aid to personal devotion and also a resource for group discussion during the penitential season.

According to a spokesperson for the Church of Ireland, “‘Lent with St John’s Gospel’ fulfils this aim with daily reflections also arranged in weekly sections for group discussion in parishes or homes.”

“St John’s gospel can be read at many levels and it is endless in its depth – one never gets to the bottom of it – but in it when we encounter Christ we are given a direct choice: there is no other way, our encounter with Christ is going to change us,” Archbishop Clarke said.

Dr Kenneth Milne, Chairman of the Church of Ireland Literature Committee, outlined the role of its work, relaying that one of its purposes was to identify gaps where the Church should be publishing useful material.

He said one such gap was in the provision of devotional literature, articulating ‘what the Church believes’ and that was why the committee set in train the process by which Lent with St John’s Gospel came about.

Dr Milne complimented Dean Mann on his contribution to the Church’s witness in this area and the publisher on the ‘handsome publication of the new book’, and he underlined how much “the Church cherishes its relationship with Columba Press”.

Speaking ahead of the launch, Rev Mann, who is Dean of St Anne’s Cathedral, described Lent as “a very special time in the Christian Year.”

“Some may approach it with a sigh and others with joy, but one way or another it is an opportunity to try and restore equilibrium in all of the balances that we try to maintain between, for example: work and rest, activity and inactivity, prayer and action,” he said. 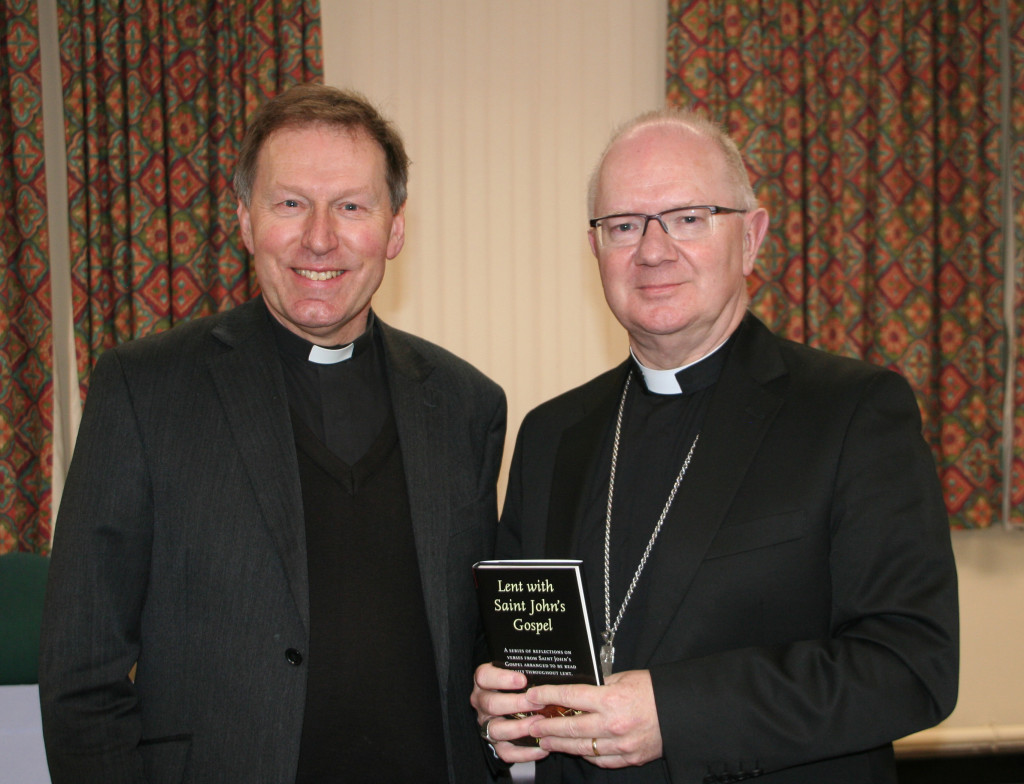 “Lent may be seen as an encouragement to do more or a chance to re-find a spiritual discipline – but I feel, and it is reflected in the book, that though Lent may allow space for both of these things, it is increasingly important to see it as a time of gently directed thought, of which the element of reflection in devotion is no small part.”

“St John’s Gospel, as my source of daily biblical texts, I chose for this reason and in order to bring the focus of our Lenten thoughts on a distinct area of the Scriptures.”

“I do hope that those who share the reading of this book with me over the course of Lent 2014 may find something of help.”

‘Lent with St John’s Gospel’ by John Mann is published by The Columba Press in hardback; 128pp; Price £8.50; ISBN 9781782181309. It is available at St Anne’s Cathedral Belfast and through The Book Well and the Columba Press (www.columba.ie).