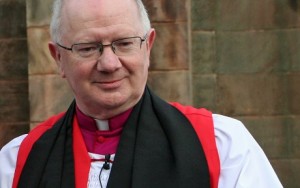 The Church of Ireland Primate of All Ireland has described reports of forced expulsion, violence and intimidation against Christians in the Iraqi city of Mosul by ISIL militants as “deeply distressing”.

In a statement on Wednesday, Archbishop Richard Clarke of Armagh, referred to accounts of many Christian deaths and Christians threatened with death for their faith.

“At this time, we ask people here across our land who enjoy religious freedom and liberty to remember before God the suffering people of this ancient city where Christians and Muslims have lived together for many centuries,” he said.

Archbishop Clarke added, “We remember those who are working selflessly for healing, peace and restoration between peoples in these most difficult of circumstances and pray that by God’s Holy Spirit light will replace the present darkness that many are experiencing.”

Meanwhile, the French government has offered asylum to Iraqi Christians who have been driven from their homes by ISIL militants.

French foreign minister Laurent Fabius described his government as “outraged” by the persecution of Christians in Mosul who were ordered to deny their faith or leave the city on pain of death.

“The ultimatum given to these communities in Mosul by ISIL is the latest tragic example of the terrible threat that jihadist groups in Iraq, but also in Syria and elsewhere, pose to these populations that are historically an integral part of this region,” Laurent Fabius, France’s foreign minister, and Bernard Cazeneuve, the interior minister, said in a joint statement on Monday.

They added, “We are ready, if they wish, to facilitate their asylum on our soil.”

The United Nations Security Council has denounced the persecution of minorities in Iraq, warning such actions can be considered crimes against humanity.

In a unanimous declaration adopted last week, the UN Council condemned “in the strongest terms the systematic persecution of individuals from minority populations and those who refuse its extremist ideology in Iraq by ISIL and associated armed groups”, it said.

ISIL has also persecuted Iraq’s majority Shia Muslims in areas under their control, as well as moderate Sunni Muslims that oppose the group’s ideology.

Separately, the Chairman of the US Bishops’ Justice and Peace Committee has urged President Barack Obama to provide humanitarian assistance to Christians and other Iraqi minorities who have had to flee their homes.

“I ask the US government to do all that it can to provide this critical assistance to those in desperate straits and to work with other governments in an effort to stop the violence,” Bishop Pates urged.

Before the 2003 US-led invasion, more than one million Christians lived in Iraq, including more than 600,000 in Baghdad and 60,000 in Mosul, as well as a substantial number in Kirkuk and in Basra.