Home > News > Tributes paid to clergyman who drowned in Achill

Tributes paid to clergyman who drowned in Achill 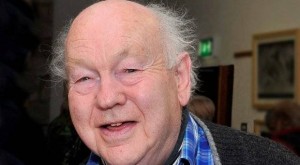 Tributes have been paid to the Anglican clergyman who died tragically on Sunday night as his car was swept away by flash floods on Achill Island.

The Rev Roger Grainger was 81 and had only recently bought a cottage at Doogort on the island.

He was an esteemed writer on spirituality and an Old Vic actor who had appeared in television programmes such as ‘Emmerdale’ and ‘Last of the Summer Wine’.

Rev Grainger had been a constant visitor to the area over the past four decades.

Despite attempts by his neighbour and friend, Cllr Paul McNamara, to rescue him, the Church of England minister sadly could not be saved in time.

“People are in deep shock at the loss of a gentleman who has been coming here for decades,” Cllr McNamara said.

Westport-based Church of Ireland minister, Rev Val Rogers, described Rev Grainger as “a dynamo” who had been seconded to the Tuam diocese to help him at services on the island.

“Roger had a great love for the west of Ireland. He decided to move over permanently and he had just bought a little house close to our church five to six weeks ago,” he explained.

“He had been out for dinner and was driving home when his car was lifted off the road and into a ditch. The torrent was tropical, a dreadful flash flood that had gone just a couple of hours later.”

The accident happened less than a kilometre from Rev Grainger’s home, which he bought following his wife Doreen’s death in 2013.

Describing his friend as “gregarious and gifted”, Rev Rogers commented, “He had huge energy for an elderly man and lived like a 50 year old. He was in perpetual motion. He earned seven doctorates and was starting his eighth in NUI Galway. He was the most interesting person to talk to,” he said.

Rev Grainger was also a psychotherapist and had worked as a chaplain in a psychiatric hospital in Wakefield in Yorkshire. He was a pioneer in the concept of drama therapy.

He is survived by his four sons.