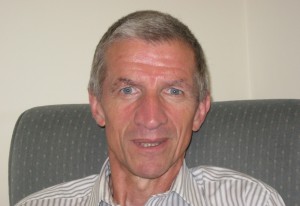 Speaking to catholicireland.net Jim said that he ”is really looking forward to the role”.

”I see my  role as being a support to lay missionaries returning to Ireland as well as offering a structure for the increased involvement of the laity in the church in Ireland,” he said.

The Lay Mission Union of Ireland (LMUI) will be a support group for lay missionaries, lobbying on their behalf with the Irish Church and raising awareness of their role.  “We are still at the initial stages but I am currently holding meetings with a number of the stakeholders and I am hoping to hold a number of planning days in the September as well as making contacting with a number of dioceses.”

Asked what he hopes to achieve during his tenure Mr Farrell said he would like to create a structure where people can become more involved in the Church.  “I firmly  believe that many lay missionaries who return to Ireland have a lot to offer both the Church and society in Ireland and I am hoping to facilitate pathways and outlets in which returned volunteers can make a valuable contribution.  With the decreasing amount of priests in Ireland the laity will play a much greater role in the Church and Society. I am hoping to put in place a structure which will facilitate this more”.

A former missionary priest with the Kiltegan Fathers, Jim Farrell worked in South Sudan and Northern Kenya for ten years.  In 1985 he had a close brush with death when he was shot during an ambush in South Sudan but survived. ”When you see poverty and experience the fear that is sometimes experienced at the frontline it gives you an unique insight into missionary activity,” he said.

He got married in 1995 but continued his work as a lay missionary, moving to Australia where he worked with the Australian Refugee Association delivering employment services in Adelaide and with indigenous Organisations in the Northern Territory in both Katherine and Alice Springs.  He was also Director of a Drug and Alcohol Rehabilitation Centre in Alice Springs for a number of years.

In 2004 Mr Farrell returned to Ireland with his family and settled in Letterkenny, Co Donegal where he  became involved in many sporting organisations.  He was also involved in the setting up of the Diocese of Raphoe Justice and Peace group in Letterkenny in 2014 a group which have examined a number of justice and peace issues in recent years including climate justice and the root causes of human trafficking.  He is an experienced facilitator and has delivered many workshops and training courses both in profit and not-for-profit sector.