Home > News > Cloyne ordination is one of five this weekend

Cloyne ordination is one of five this weekend 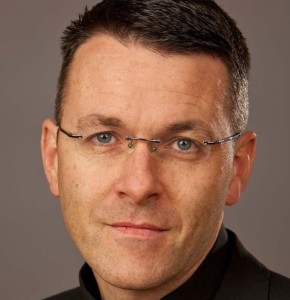 Rev Eamon Roche will be ordained to the priesthood for the Diocese of Cloyne later today in St Colman’s Cathedral, Cobh.

Another three men will be ordained today for the dioceses of Armagh and Clogher.

Rev Aidan Matthews and Rev Brian Slater are to be ordained to the priesthood for Armagh and Rev Leo Creelman will be ordained for Clogher diocese.

Yesterday, former Tipperary hurler Vincent Stapleton (33) was ordained in the Cathedral of the Assumption in Thurles by Archbishop Kieran O’Reilly of Cashel and Emly.

The celebrant at the ordination of Rev Eamon Roche will be Bishop William Crean of Cloyne.

Rev Roche (44) is a native of Castlemartyr in East Cork. Born in March 1971, he attended St Joseph’s NS, Castlemartyr, and received his second level education at Midleton CBS Secondary School.

At University College Cork he was awarded a degree in Electrical Engineering. He also studied to complete a Higher Diploma in Education in 1996 in UCC.

Rev Eamon taught Mathematics and Science in Christian Brothers College Secondary School between the years 1996 and 2000.

For the next decade or so he worked in the IT industry in Cork City before entering seminary in Maynooth in 2009.

During his time in the seminary, Eamon undertook various pastoral placements, including a pastoral year in the parish of Mallow, Co Cork, and he completed a Clinical Pastoral Education module in Emory University Hospital, Atlanta, in the summer of 2013.

With his classmates, he was ordained to the Diaconate by Cardinal Sean Brady on Sunday, 1 June 2014 in St Patrick’s College.

Speaking to the Evening Echo, he acknowledged that when he applied to the priesthood, Cloyne was at a low ebb over the clerical abuse scandals.

He is optimistic about the role the Church can play despite declining Mass attendances.

“The Church is going through a period of transition in Ireland and Europe, but it is growing at quite a rate in Asia and Africa. The numbers of people attending Mass is nothing to be alarmed about. What is important is how authentically people can live out their faith. It is always the same gospel message. The Church needs to respond to whatever issues arise in a generation.”

Rev Eamon will celebrate his first Mass of Thanksgiving on Monday July 6 at 7pm in the Church of the Sacred Heart, Mogeely.