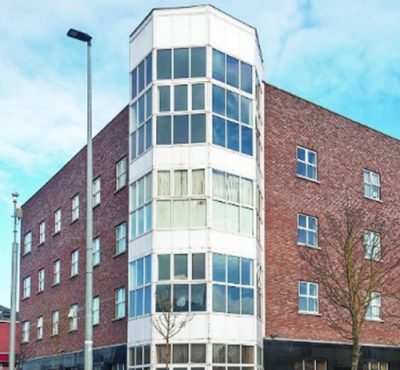 The decision to close Dublin’s largest direct provision centre, threatening up to 80 people with homelessness, has been deferred until next summer.

The 248 residents of Clondalkin Towers had been told by the centre’s management company, Fazyard Ltd, that they would have to vacate the premises by 3rd December following a breakdown in discussions with the Reception and Integration Agency (RIA).

Frank Brown, a Clondalkin parish pastoral worker told Catholic Ireland that following a meeting earlier this week a verbal undertaking had been given not to close the centre before June 2019. Mr Brown said the decision came out of consideration for the 91 children who live at the centre, some of whom are doing state exams next summer. “The fear was particularly for the children – we can’t take them out of school,” he explained.

But he said that even if the eviction date was changed, this does not change the issues that the eviction would bring. “Some of them are there 12 years, they’ve been born in the place. They don’t know if they’re going to be staying in the area.”

Fr Damian Farnon, moderator of the combined Catholic parishes of Clondalkin, wrote to the Minister of State for Equality, Immigration and Integration, David Stanton TD, appealing for the contract between the management company and the RAI to be renewed quickly.

The residents of Clondalkin Towers, 68 of whom have already been granted refugee status, allowing them to remain in Ireland, are well integrated in the community, said Fr Farnon. “They are already making a significant contribution to Clondalkin society. They got involved in Tidy Towns, in some of the sport groups, in culture groups. They are not sitting there just waiting for things to happen.”

Most of the 91 children attend local Catholic schools, Fr Farnon said. “Most of the school-going folk are in one of the schools here. There is a thing about the Catholic schools being exclusive and we’d argue that all the Catholic schools in Clondalkin are very welcoming to people of all faiths and none. Some of the Catholics would come to Mass here and are part of our worshipping community. A lot would be of the Islamic faith. But we were not just speaking out because there were Catholics involved. There was a justice issue regardless of the faith of any of the folk in the direct provision.”

Mr Brown said it was “hugely important” for local people, including Fr Farnon, to intervene on behalf of the residents of the Clondalkin Towers. “Those who are still waiting for the outcome of their refugee status, around 180, they are afraid to speak out in case a minibus arrives to take them away. The others have come through that and have the right to stay but they still have a fear of having nowhere to live.

“You are talking about families, single people, single mothers with two or three children living in one bedroom. It is a travesty that we can’t look after our own people, visitors or otherwise,” he said.