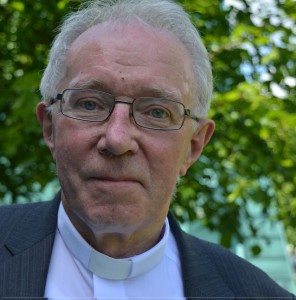 For the first time in its history, the Diocese of Clonfert in the West of Ireland is to get two priests from Africa to minister in its parishes because of the decline in priest numbers.

In a dramatic u-turn to Ireland’s long tradition of sending missionaries abroad, two parish priests from Nigeria will take up appointments for a period of three years, with an option for this to be renewed for longer.

The Bishop of Clonfert, Dr John Kirby, has not yet announced where the priests will be sent to in the diocese, which is located in East Galway and also takes in small parts of Co Roscommon and Co Offaly.

The men, both aged in their forties, are currently having their immigration visas prepared and requirements under canon law finalised.

They are expected to take up their appointments by early October.

The loan arrangement came about after priests were sent to Clonfert from the Diocese of Jalingo in Nigera for two months over successive summers to relieve priests taking holidays.

“Bishop Hammawa came last month to visit the diocese and had meetings with us about it. He has nominated two priests from his diocese in Nigeria who will serve in Clonfert for a three-year term,” Mgr Geraghty explained.

“He also has priests on loan to America and Poland and he views it an opportunity for his priests to experience the universal church, in much the same way Irish priests ministered in Nigeria. We are delighted with the arrangement.”

In a further statement this week, Bishop Kirby said, “Due to a decline in vocations, Clonfert diocese is inviting two priests from Nigeria to minister here. I have met with Bishop Charles Hammawa of Jalingo and he has agreed to nominate two priests from his diocese for a period of three years.”