The harsh realities of climate change are severely impacting the population of Malawi, one of the world’s poorest 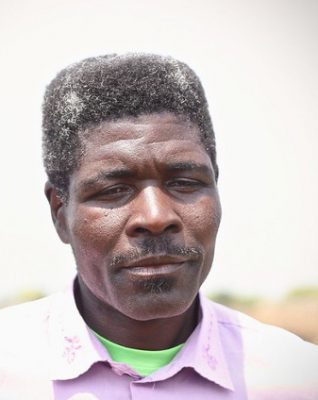 countries, where Trócaire is now working to help communities adapt, and cope with increasingly extreme and unpredictable weather.

It is believed that in Malawi the average temperature is set to increase by five degrees Celsius, as a result of climate change, which is leading to a greater number of hot days, longer dry periods and more extreme, intense rainfall.

The most recent example of extreme rainfall occurred last March, when Malawi, Mozambique and Zimbabwe were hit by Cyclone Idai, one of the worst tropical cyclones on record in the southern hemisphere. It left more than 1,300 people dead, making it the deadliest storm recorded in the south-west Indian Ocean. Crops were almost completely destroyed, livestock was eradicated and infrastructure was swept away, leaving hundreds of thousands homeless and at risk of hunger.

In Malawi, over 850,000 people were affected by the cyclone and nearly 87,000 people had to leave their homes.

“This is climate change,” says Fastino Kimwendo, chairman of the village committee for Chilipaine in Malawi’s Zomba province, which is increasingly being hit by a cycle of severe floods and droughts. “The weather has got windier and more unpredictable,” he says. “Life is very stressful now.”

In Fastino’s village, relief and rebuilding support is being provided by the Scottish government’s Climate Challenge Programme Malawi (CCPM), which is being administered by the Scottish Catholic International Aid Fund (SCIAF) and implemented on the ground by Trócaire and eight local partner organisations. Thanks to the CCPM, villagers received blankets, buckets, sweet potato, cassava and maize seed.

Trócaire is also helping to provide villages with new water pumps so that the people living there have access to a safe, clean water supply. At Chilipaine, Fastino and two other villagers have been trained on how to maintain and fix the well, which is having a major impact on the community. No longer is there a long walk to a water supply that is also used by livestock. No longer do villagers fear that their water supply will run out during the dry season. Fastino says, “this project has changed our lives.”