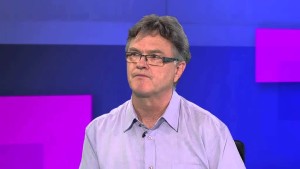 British clerical abuse survivor, Peter Saunders, on Saturday left the Vatican’s Commission for the Protection of Minors after its 18 members voted that he should “take a leave of absence from his membership to consider how he might best support the commission’s work.”

Mr Saunders, who founded the UK’s National Association for People Abused in Childhood, had served on the commission since December 2014.

The commission announced in a press statement released after its meeting on Saturday morning that members had “discussed the direction and purpose of the commission” and “as the result of this discussion” it took its decision.

Peter Saunders has been critical of the slow process of reform of the church’s practices on sexual abuse.

His presence on the commission along with Irish clerical abuse survivor, Marie Collins, was seen as lending credibility to the Vatican’s efforts to deal with abusers and hold bishops accountable for their actions or inactions and to ensure the protection of children and minors in church institutions.

However, the appointment last year of a bishop in Chile accused of covering up abuse caused strains within the commission as Mr Saunders roundly condemned the Pope over the appointment.

Bishop Juan Barros to the Diocese of Osorno is also accused of witnessing abuse.

“People in Chile now see the commission as a laughing stock and I cannot pretend the commission means anything unless [the Pope] sacks Barros,” Mr Saunders said at the time.

His departure leaves the 17-member group with one sexual abuse survivor among its active members: Marie Collins.

According to the Associated Press, Mr Saunders said in an interview on Saturday that the commission members asked him to step aside after concluding they could no longer trust him to work within the scope of the commission’s mandate.

“The commission members took a vote and apart from one abstention they agreed that they could no longer continue to work with me.”

He added, “I do not want to prevent the work of the commission, the good work that the commission is doing from going ahead, so I had no choice but to step aside,” he told the Associated Press.

Later at a press conference at a hotel in Rome with Juan Carlos Cruz, a Chilean survivor of abuse by Fernando Karadima, Peter Saunders read a written statement in which he claimed “commission members reacted to my criticisms in a frightening way, acting as if dissent and free speech would make their work more difficult.”

He said he had not made a decision to accept any decision on a leave of absence. “I said I would reflect on what I would do.”