News reports that the Vatican has just banned gluten-free communion hosts are half-baked, as the prohibition has been in place for many decades. 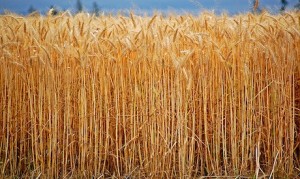 This weekend countless news organisations across the world, including the BBC, the Irish Independent and Agence France-Presse announced that the Vatican had just outlawed the use of gluten-free bread in hosts. The UK’s Guardian newspaper had one of the better headlines for the ‘story’: ‘Gluten-free bread for Holy Communion is toast, says Vatican’.

However, the news reports did have a grain of truth, as they arose following the publication of a circular sent to bishops across the world by Cardinal Robert Sarah, Prefect of the Congregation for Divine Worship and the Discipline of the Sacraments.

In the circular, the Cardinal reminds bishops of their obligation as bishops/ordinaries to ensure that the bread and wine used for Communion is of good provenance and good quality. While the communion breads may be low-gluten, the level of gluten in the bread must be sufficient to ensure that no replacement additive is needed to produce the communion wafer.

“In order to remove any doubt about the validity of the matter for the Eucharist, Ordinaries should give guidance in this regard by, for example, guaranteeing the Eucharistic matter through special certification,” the Cardinal suggests.

He also writes: “The Ordinary is bound to remind priests, especially parish priests and rectors of churches, of their responsibility to verify those who provide the bread and wine for the celebration and the worthiness of the material.”

In actual fact, the requirement for communion bread to be made of wheat, and therefore contain gluten, is decades old. Canon 924 of the Code of Canon Law instituted in 1983 states: “The bread must be only wheat and recently made so there is no danger of spoiling.” This requirement applies even in those countries where wheat is not grown and where wheat is not a normal part of the general diet.

Following the development of low-gluten communion breads for people suffering from coeliac disease, the Congregation for the Doctrine of the Faith (CDF) set out norms on their use in 1995. At the time, the CDF’s prefect was Cardinal Joseph Ratzinger, now Pope Emeritus Benedict XVI.

Low-gluten communion breads, containing less than 0.01 per cent gluten, are now readily available from several sources in the UK and in Europe.

Indeed, the Coeliac Society of Ireland lists several low-gluten communion bread suppliers on its website, www.coeliac.ie. The society says the gluten in these breads is less than 20 parts per million and therefore can be eaten by those with coeliac disease without difficulty.

Some of these Irish suppliers will only provide communion breads to priests, but others will supply them directly to individuals.

As well as ensuring that their diocesan priests know their responsibilities, bishops also have a responsibility to let suppliers know what the Church’s requirements are, says Cardinal Sarah. “It is also for the Ordinary to provide information to the producers of the bread and wine for the Eucharist and to remind them of the absolute respect that is due to the norms.”

In short, the requirements for communion breads are: “The bread used in the celebration of the Most Holy Eucharistic Sacrifice must be unleavened, purely of wheat, and recently made so that there is no danger of decomposition. It follows therefore that bread made from another substance, even if it is grain, or if it is mixed with another substance different from wheat to such an extent that it would not commonly be considered wheat bread, does not constitute valid matter for confecting the Sacrifice and the Eucharistic Sacrament. It is a grave abuse to introduce other substances, such as fruit or sugar or honey, into the bread for confecting the Eucharist. Hosts should obviously be made by those who are not only distinguished by their integrity, but also skilled in making them and furnished with suitable tools.”

Coeliac disease is a potentially life-threatening condition, where sufferers need to monitor their diets closely to maintain good health. However, in recent years growing numbers of people claim to be suffering from ‘gluten intolerance’ and sales of gluten-free products are on the increase, partly because of intensive marketing by the manufacturers of gluten-free products. It is reckoned that one in five Irish adults are now following a gluten-free diet. However, earlier this year Prof Fergus Shanahan of UCC’s Department of Medicine claimed that millions of euro worth of money was being wasted by people who were buying gluten-free products on the basis of ‘food pseudoscience’ and that their gluten-free diets were of no benefit to them.