The Citizens’ Assembly discussing the Eighth Amendment of the Constitution (protecting the right to life of the unborn) has received in excess of 13,000 submissions on the topic. The closing date for submissions was 5.00 pm on 16 December, and that day saw an avalanche of submissions – some 3,200 online and a large number of postal submissions.

“Submissions will be categorised by the name or the name of the organisation and in the case of personal stories or sensitive submissions, personal data and related identifiable details have been removed on request,” said the statement.

In accordance with the Assembly’s agreed rules and procedures, following receipt of submissions on any matter, the Assembly may choose to hear oral presentations from any representative group or individual to assist in its deliberations.

The Chair of the Assembly, Ms Justice Mary Laffoy, said she was encouraged by the number of submissions on the topic of the Eighth Amendment and she thanked everyone who made a submission. “I appreciate very much their engagement with this process.”

Justice Laffoy said the submissions had “an important role in the ongoing development of the work programme and the range of the opinions and insights in the submissions is testament to the complexity of the topic”. 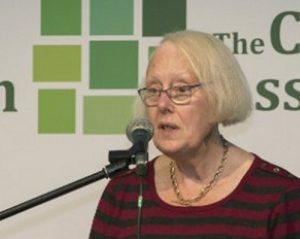 “We truly value the effort that everyone has made and we will be reading each one of the submissions in advance of their publication on the website,” she added.

The Assembly, made up of Chairperson Justice Mary Laffoy and 99 citizens, meets for the second time on 7 and 8 January 2017. Two further gatherings considering the Eighth Amendment will take place on 4 and 5 February 2017 and 4 and 5 March 2017.

Presentations made to the Assembly are available on its website, www.citizensassembly.ie, and the public may also follow live streaming of the public sessions on the same website. Earlier sessions may be viewed at https://www.youtube.com/watch?v=Y4F4OC_WWfI.

When the Assembly has considered all the submissions, it is to produce a report and make recommendations to the Houses of the Oireachtas.

Submissions to the Citizens’ Assembly may be viewed at: http://www.citizensassembly.ie/en/Submissions/Submissions-Received/.