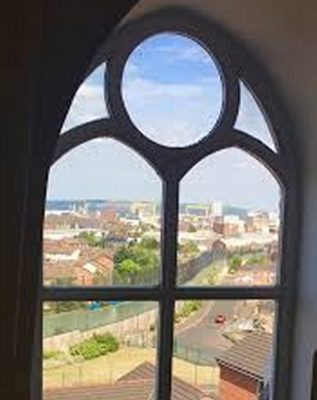 Members of the Irish Inter-Church Meeting (IICM) are making preparations for how to best support their local communities during Brexit.

The IICM, a high-level partnership between the Catholic Church and the Irish Council of Churches, explained in a letter earlier this month that an initial planning meeting had taken place in June 2018. Following this a draft framework was prepared that outlined areas of concern, relevant resources and experience within the churches, as well as possible actions that might be taken.

Signed by its co-chairs, Bishop Brendan Leahy and Rev. Brian Anderson, the letter invited “groups within our member churches, local inter-church groups and partner organisations to contribute to the further development on this framework by responding to the enclosed consultation document”.

The 25-page consultation document entitled Brexit and the Irish Churches – Pastoral Dimensions included input from senior ecumenical figures. “Having adjusted to the creation of two distinct political jurisdictions on the island almost a century ago, our churches should be confident of overcoming whatever stresses lie ahead, and we believe that as part of civil society we have a role to play in supporting our members in what is likely to be a protracted period of some difficulty,” wrote Dr Kenneth Milne in its introduction.

Writing about the context of the Churches’ approach to Brexit, Dr Peter McDowell noted the unique position of Northern Ireland in the EU because of its land border with the Republic, and the Good Friday Agreement which “gives citizens of Northern Ireland certain rights not available to other UK or Irish citizens, such as dual citizenship”.

“The Agreement has also provided a framework within which various communities have felt their identity to be recognised and protected,” he wrote.

“The member churches of the Irish Inter-Church Meeting are all Ireland bodies representing local parishes and congregations in both jurisdictions. Their membership includes people with a wide range of opinions on Brexit, so there will often be disagreement within churches about specific policies and proposals. There are however core values and practices arising out of the Gospel that will lie at the heart of all the churches’ contributions at every level of engagement, from informing the opinions of individual members, to official contributions by the churches, to governments and institutions.”

Among these values are an understanding of the common good and social justice, and the need to seek reconciliation in the face of divisive issues, Dr McDowell wrote. He stressed the value of pastoral care and support at local level offered by churches, and the hope offered by faith. “In the face of uncertainty the Church is a community of faith and hope and so will engage constructively throughout the Brexit process – and so with a view to also being constructively engaged when the process is over, no matter what the outcome.”

Challenges caused by Brexit would be felt at a local, regional and international level and the churches had a role to play in all of these areas. On the local level “preparing individuals for that change and supporting them through the process should be a key objective”. In particular, attention should be paid to tackling polarisation and resourcing pastoral care, wrote Dr McDowell.

In the conclusion to the document, Bishop Noel Treanor wrote that alongside civil society, the churches had a key role to play in helping their communities through the Brexit process.

“In this anteroom to politics the churches, espousing no interest other than the common good of the entire human family and a politics responsive to the issues and culture of our time and our interdependent global condition, have a shared responsibility to create contexts and spaces of encounter, exchange and understanding.”

Responses to the consultation document are requested by 9th November.