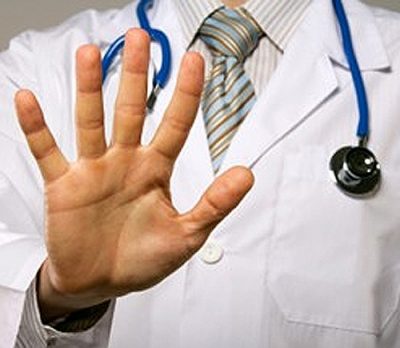 The issue of abortion and conscientious objection transcends any Christian denominational divisions, as the issue of the sanctity of life is something Christians all hold in common, said a Pentecostal minister in the aftermath of a recent meeting that brought together Christian leaders from Catholic, Protestant, Pentecostal and Evangelical churches in Swords under the banner “Irish Churches Together”.

“There are a lot of Christians who do not want to play a part in the taking of human life and it [the abortion legislation] is putting them in a very tough place where they have to chose between fidelity to their faith or doing what the government demands of them,” Pastor John Ahern from the All Nations Church in Dublin told CatholicIreland.net.

Nineteen Christian leaders, including Bishop Kevin Doran, met at the Emmaus Retreat Centre. “This proposed law will violate the consciences of every Christian doctor, nurse and midwife. It will force taxpayers to pay for abortions and Catholic hospitals and pregnancy centres to promote or provide abortions against their consciences,” they wrote in an agreed statement afterwards.

They called on Christians to unite behind “beleaguered” pro life medics and health professionals, and to encourage them to “stand against this ‘unjust’ law”.

Among those who signed the statement of 14 December were Pastor Tunde, leader of the Redeemed Christian Church of God, the largest African denomination in Ireland (with 100 congregations in the Republic), and Pastor Sean Mularkey, leader of the Christian Churches Ireland Network (20 Pentecostal churches including St Mark’s Church on Pearse Street).

Pastor Valerian Jurjea of the Romanian Pentecostal Church in Blanchardstown, where construction is already under way on a 1200-seater church, was also at the meeting.

Paddy Monaghan, a Catholic from the Evangelical–Catholic Initiative, said Irish Church Together grew from the churches working together before and after the abortion referendum. “We’ve taken inspiration from things like the Catholic Church’s building relationships with Pentecostal leaders at a world level and more recently from the Catholic Bishops’ statement urging ‘resistance’ to the law,” he told Catholicireland.net.

According to Pastor Nick Park from the Solid Rock Church in Drogheda, asking doctors to refer makes them a “part of the killing process and of course we’re talking about doctors here but there are a whole range of other people who are working in hospitals – right down to the orderlies who are finding themselves having to wheel people in”.

The pastor of a multicultural church in Drogheda told CatholicIreland.net that he has many health workers from the local hospital in his community. “Some of them are unsure whether they are going to continue living in Ireland and are looking for positions overseas because this is not why they came to work in our health service.”

Stressing that he was not trying to change the referendum result, Pastor Park insisted there should be an “opt-in abortion service for those that want to participate”.

Pastor John Ahern said there was a feeling that for those pursuing careers in medicine, being an objector was “going to shut doors”. People were faced with the fact that they may have to violate their own conscience in order to support their own family. “It just doesn’t sit well.”

In terms of resisting, he could see a lot of Christians, if the gun were put to their head, who would go with their faith. “It’s very difficult to live with a guilty conscience,” he said.

“I see it every day as a pastor, dealing with guilt, maybe issues that happened years ago. I’ve seen with the issue of abortion regret – women with broken hearts and it is years later after it happened and yet they are still carrying that and it’s a real pain for them.

“I’m not sure whether the government are saying that there is no place for Christians within medicine and if that is the case I don’t think that’s a very positive direction for Ireland to take,” he added.