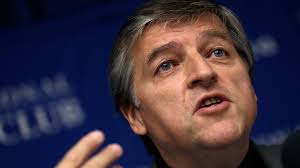 The leaders of 52 organisations around the world seeking reform and renewal in the Church, including the Association of Catholic Priests and We Are Church Ireland, have written to Pope Francis to request a meeting.

In their letter dated 14 February, the groups from the US, Europe, and Asia, urge the Pope to take immediate steps to appoint more women to Church leadership positions, and to stop the practice of banning people from Communion.

They have also asked the Pontiff to meet with them, saying they represent “millions of Catholics around the world who are deeply committed to our Church, but hope for changes on issues of governance and care.”

They ask the Pope to appoint women to positions of policy and pastoral leadership, including as heads of offices in the Vatican Curia.

The letter highlights that there are many Church leadership positions where “the only sacramental qualification for service is baptism.”

The leaders of the Church reform groups also tell the Pope, “we hope to experience an end to the use of Communion as a reward for doctrinal orthodoxy.”

Communion should “offer love and healing to Catholics who experience alienation and rejection. Communion gives a place at the table to those who have been made to feel they were not worthy.”

This includes many who have felt alienated from the Church and its sacramental life for many years, including “divorced and remarried Catholics, Catholics in same-sex relationships and others.”

The groups said in their letter that their proposals “are free of theological complexity and are readily able to be advanced without a break with what some might see as imperative continuity with former teachings.”

Three national associations of priests are among the signatories. Many of the other organisations represented by the letter’s signers work on a wide variety of reform issues (www.catholic-organizations-for-renewal.org).

The letter tells the Pope that he has inspired “abundant hope” with his vision of the Church, and it asks him to pray for them, while they say they are praying for the Pope’s health and ministry.

A copy of the letter was also sent to Vatican Secretary of State, Cardinal-elect Pietro Parolin, the Papal Nuncio to the United States, Archbishop Carlo Maria Vigano, and a member of the Team of Consulters to Pope Franics, Cardinal Sean Patrick O’Malley of Boston.