The Church is a protector and guarantor of true pluralism 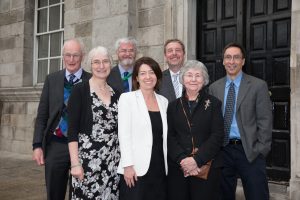 “The Church is a protector and guarantor of true pluralism,” Professor Patrick Deneen of the University of Notre Dame in the US told delegates attending the Loyola Institute’s international conference on pluralism and the church in Trinity College Dublin last week.

In his address, ‘Hegemonic Liberalism and the End of Pluralism’, Professor Deneen said “The Church’s role is to forthrightly, confidently, and courageously understand that it is an alternative to the spirit of the age – in this age and all times.”

He said Church should not to be fitted into prevailing tides.

“It can’t merely be a corrective or a balm, but, perhaps especially in our age, something wholly Other.”

He told delegates attending the three-day conference titled, ‘The Role of Church in a Pluralist Society: Good Riddance or Good Influence?’, that in this respect, perhaps the Church is, and can be understood to be, the persistence of a true pluralism in the midst of monolithic liberalism, although current trends would suggest that its decline in the West shows it is fundamentally subject to liberalism’s homogenising forces.”

Speaking about the Church’s role as a guarantor of true pluralism, Professor Deneen cited the pluralism variously expressed through the ages into our own time.

This included “the dizzying array of architectural forms, the multifarious cultures that have arisen around the saints, the variety of religious orders such as those who sponsored this conference, the dizzying array of festivals and feasts, the rich and continuing legacy of art – sculpture, painting, music – all of which itself is the tiniest effort to approach in worship and wonder the plurality of God’s unity, the many-ness of Christ, the many faces of Mary, the vast canopy of the witnesses.”

“In our age of flattened earth, narrowed horizons, conformity to a shallow consumerism and superficial variety that masks a deeper conformity, the role of the Church is to be the Church, and if it has the courage to be itself, that is enough,” he said.

In contrast, the Church presents “not only a profound cultural inheritance as a rich vessel of human experience, but embraces the preconditions of culture that gives rise to the extraordinary variety and true diversity and plurality that constitutes the richness of Catholic culture,” Professor Deneen argued. 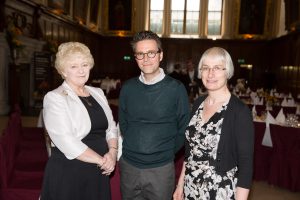 Another speaker at the conference, Professor Gerard Whyte of Trinity College Dublin described the Irish Constitution as “unmistakably pro-religion” and asked to what extent can it impede moves towards a more secular society?

In his address titled, ‘Mind the Gap – Guaranteeing Freedom of Religion in Contemporary Ireland’, Professor Whyte sketched the influence of religion, and in particular, of Roman Catholicism, on the text of the Constitution before considering how judicial decisions privilege the position of people of faith reflect in their interpretation of Article 44 guaranteeing freedom of religion.

He said a number of constitutional developments already reflect the diminished influence of Catholicism in Ireland.

Other changes sought by those campaigning for a more secular Ireland will also require constitutional referendums he said.

Professor Whyte suggested that any liberalisation of the law to permit abortion in the cases of rape and fatal foetal abnormality would, in his opinion, require a constitutional referendum.

This is also the case in relation to any attempt to abolish the offence of blasphemy, he added.

“The enactment of a statutory offence of blasphemy in the Defamation Act 2009, reflecting the reference to blasphemy in Art.40.6.1.i of the Constitution guaranteeing freedom of expression has generated controversy and the current government is now committed to introducing a referendum to amend Art.40.6.1(i) to remove this offence,” Professor Whyte highlighted.

He suggested that it would be the case with any attempt to abolish the requirement that the holders of certain public offices must take a religious oath and probably also in relation to any proposal to remove religious language from the Preamble.

In his analysis of the impact of the Constitution, the TCD academic suggested that, save in respect of certain very specific areas, of which the most controversial is abortion, it would not impede the process of secularisation that Ireland appears to be pursuing.

However, he said that for people of faith, this should not be a matter for regret.

“Lord Acton’s dictum, that power tends to corrupt and that absolute power corrupts absolutely was, of course, directed at the Catholic Church and one could argue that the Irish experience with clerical sex abuse cases bears out the validity of Acton’s views to a certain extent.”

He cited the UK’s Chief Rabbi Jonathan Sacks who has said that “Trying to resolve ultimate issues of faith, truth and interpretation by the use of force is a conceptual error of the most fundamental kind. Just as might does not establish, so victory does not establish truth.”

In Professor Whyte’s opinion, “Religion is most effective when it is prophetic and where people of faith lead by example. In the context of the growing secularisation of Irish society, I think that there is greater potential, in time, for this model of Church to be a ‘Good Influence’ on Irish society,” he said.

On the final day of the conference, Sim D’Hertefelt, co-ordinator and editor of the catholic portal website Kerknet.be in Flanders, Belgium, who has directed several digital evangelisation projects, gave a presentation on ‘Shaping and sharing digital religious experiences: Is the church ready to communicate faith in the 21st century’.

A one-time freelance information architect who has been involved in this sphere since the beginning of the commercial internet in Belgium in 1996, he designed digital strategies and user experiences for major digital agencies and brands in banking, retail, telecom, government and media.

The father of three stressed that the challenge is how to pass on religious experience and knowledge to new generations in a society transformed by digital disruption.

He gave the example of how digital disruption transformed the music industry and suggested that many of the traditional packages for passing on religious experience are broken.

According to Sim D’Hertefelt, digital media can play an important role in conversation stories as the digital medium is a great medium for sharing experiences, from teaching and giving opinions to telling stories and initiating with experiences.