We Are Church nominate two women for Synod on Family 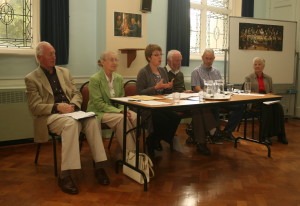 We Are Chuch Ireland

A group campaigning for reform in the Church has nominated former Irish president, Mary McAleese, and theologian, Gina Menzies, as Irish representatives for next year’s Synod on the Family.

The Synod was announced by Pope Francis for October 2014.

According to We are Church Ireland, the decision to nominate lay representatives from individual countries was taken at a recent meeting of the umbrella body, International Movement of We are Church (IMWAC).

The bold move is likely to irk those organising the Synod and the Irish hierarchy as the Synod is due to be attended by bishops representing the global Church.

A final list of lay nominees will be forwarded to the Synod organisers when the list is whittled down from the various nominations from national group members of IMWAC.

Describing the move as a “proactive decision” aimed at ensuring that the views of Irish lay Catholics are heard at the Synod, WACI spokesman, Brendan Butler, told CatholicIreland.net that 50 years ago the Second Vatican Council allowed members of the laity to participate in its discussions.

“It is sort of incongruous when you think that the Synod is on the family, and yet there is seemingly no plan for lay involvement,” he said.

“These two women that we are proposing are eminent academics and family people. They could contribute so much – more than any bishop because they would have the experience and the expertise to talk about family life.”

According to Brendan Butler, the fact that the two nominees are both women is WACI’s way of making “a double point.”

“The Pope has said he would like to see women play a more proactive role in the Church. They have always been underrepresented and that is why we are focusing on them. It is a statement in itself.”

“I think women should be involved in the decision-making processes in the Church. Why not bring them in to run some of the Vatican congregations in Rome?” he asked.

“Up to now, they have always played an ancillary role. The word ancilla in Latin was used for a maid. If they are being excluded from the priesthood, then at least include them in the decision-making of the Church,” Brendan Butler said.

“There are two ways of looking at the world – the feminine and the masculine. The Church is missing that perspective of women. To become a cardinal is only a matter of canon law being changed,” he claimed.

Brendan Butler also criticised the Irish Bishops Conference for not doing enough to canvass Irish Catholic opinion on issues which are vital for the future of Catholic families, as outlined in the Vatican’s questionnaire on the family.

“We have written privately to the Bishops Conference asking them to fulfil the wishes of the Pope and promote this survey,” he said.

The Bishops should be pressurised on this because it is their duty – they were asked to do it.  Why aren’t they doing this – is it because they don’t believe in the voice of the laity?”