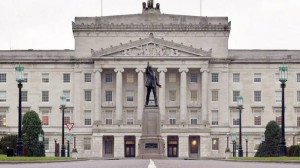 Leaders of the main Churches in Northern Ireland are seeking talks with senior MLAs about the proposed welfare reform Bill and its potential impact on the most vulnerable in society.

The Church leaders have written to the NI Minister for Social Development, Mervyn Storey, and the Chair of the Social Development Committee, Alex Maskey, to express their concern over the impact of continued uncertainty around the Bill.

Archbishop Eamon Martin of Armagh and Archbishop Richard Clarke of Armagh, along with the Moderator of the General Assembly of the Presbyterian Church in Ireland, the Rt Rev Dr Michael Barry; the President of the Methodist Church in Ireland Rev Peter Murray; and the President of the Irish Council of Churches, Rev Dr Donald Watts feel there is a need to bring the current debate back to a point where further progress can be made in a calmer atmosphere with a view to finding a solution.

In their letter, they told the Minister for Social Development and Alex Maskey that the situation “presents a serious obstacle to informed debate in civil society”.

They said the uncertainty “creates fear and anxiety for those who are dependent on welfare payments”, who they warn now face an uncertain economic future.

They also stated that due to the lack of clear and specific information, it is not possible to make reliable assessments of the impact of the implementation of the proposed measures.

The Church leaders appealed to the Minister for Social Development to address this situation as a matter of urgency in view of their concern for the protection of the most vulnerable and the need to ensure that any reforms will bring greater equality and social justice.

To date, details of the specific measures proposed have not been made available for public consultation.