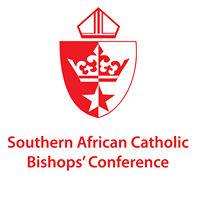 The Southern African Catholic Bishops’ Conference has offered condolences to the Family of “Mama Winnie”, and Africa as a whole following the death of Winnie Madikizela-Mandela, the former wife of the late South African anti-apartheid leader and President, Nelson Mandela, who died on 2nd April at the age of 81.“We have lost a true heroine,” they said in an initial statement.

Archbishop William Slattery, OFM, on behalf of the Southern African Catholic Bishops’ Conference, said that for over 50 years Winnie Mandela was “a major figure in the struggle for a free and democratic South Africa.”

He added, “She was much more than just the wife of Nelson Mandela, she had many identities. In her resistance to oppression and in her hatred of injustice, she inspired a whole country, galvanised the youth and inspired women. In the dark and oppressive years, her resistance to apartheid was like a trumpet call to thousands not to fall but to arise and press on.”

However, he admitted that she had a “complex” history. “Mistakes were made arising from a suffering and impetuous heart. To witness the deep humiliations of one’s people every day, to observe as a social worker, the blanket inequality of access to welfare, health, schools, land and basic rights were bound to cloud the mind,” he said.

On Good Friday, two days before her death, she spent five hours in Church, he said and added, “May she now meet and encounter her Lord face to face.”

Tributes have been paid by other Christian Leaders. Archbishop Emeritus Desmond Tutu said, “May Mam’ uWinnie rest in peace and rise in glory.” Winnie Mandela was very prominent in the fight against apartheid in South Africa but later was the subject of controversy as she was linked to violence. The Archbishop was chairman of the Truth and Reconciliation Commission, which held hearings in South Africa at which Winnie Mandela was questioned about her actions.

In his statement after her death the Archbishop stated that she was, “for many years a defining symbol of the struggle against apartheid.” He continued that she refused to be “bowed” by the imprisonment of her husband and harsh treatment of her family by the security forces. “Her courageous defiance was deeply inspirational to me, and to generations of activists,” he said.

The Archbishop of Cape Town, Thabo Makgoba, Primate of the Anglican Church of Southern Africa, who was in London for a meeting of the Lambeth Conference 2020 Design Group, at the time of her death, offered condolences to the family.

“I am humbled to have known her. I admired and respected her. May she rest in peace and rise in glory,” he said. “She certainly played her part with great courage. Yes she made some mistakes – but let us forgive her and honour her for what she did. She served her country and her people. When she spoke at rallies, she was so articulate, so articulate. She wasn’t scared at all.”

Archbishop Thabo got to know her over many years and wrote a book about her titled: “Madiba. Faith and Courage: Praying with Mandela”. When she was banished to Bradfort in Free State by the apartheid government, he visited her and found she was living alone in a council house with no electricity and could have been attacked at any time. 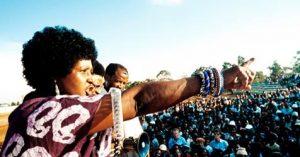 Another Anglican church leader, former Primate of Southern Africa, Archbishop Emeritus Njongonkulu Ndungane,  said that at the time of the imprisonment of her husband and many of leaders of the anti-apartheid movement, she “fearlessly took on the role of being the voice of the voiceless.”

The Anglican Bishop of Johannesburg, Dr Steve Moreo, said that during her life she was in close contact with all parts of the Church. She was a practising Methodist, she used her strong ecumenical links to reach out to other denominations, including the Anglican Church of Southern Africa, and the Diocese of Johannesburg in particular. Her insight helped the Anglican Church in the 1970s and 1980s to be part of a Christian witness against apartheid.