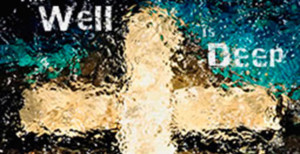 Church leaders from across a broad range of Christian traditions in Ireland join together to mark the commencement of the Week of Prayer for Christian Unity, in a service to be broadcast this Sunday 18th January on RTÉ One.

The service has been co-ordinated by the Irish Council of Churches and the Irish Inter-Church Meeting.

The Week of Prayer for Christian Unity is celebrated globally as an opportunity to pray for the unity of all Christian people as they share in Christ’s ministry.

This year, the Week is observed from 18 – 25 January and considers the theme ‘the Well is Deep’.

The theme is inspired by the Church in Brazil and is based on a reading from John 4:7 where Jesus meets with a Samaritan woman by a well.

The televised service will be led by Rev Dr Donald Watts, President of the Irish Council of Churches, with input from Archbishop Diarmuid Martin of Dublin; Archbishop Michael Jackson, Church of Ireland Archbishop of Dublin; Rev Peter Murray, President of the Methodist Church in Ireland; and Very Rev Dr Trevor Morrow, a former Moderator of the Presbyterian Church.

The service also features participation from a number of the ICC’s other member churches including the Antiochian Orthodox Church, the Lutheran Church in Ireland, the Redeemed Christian Church of God and the Religious Society of Friends.

Music will be provided by the Clontarf and Scots Presbyterian Church Choir under the direction of Rachel Simpson.

The service will air on RTÉ One Television at 11:10am this Sunday as well as on RTÉ Radio One LW 252 at 11:45am. It will also broadcast live online at www.rte.ie/player/live and will remain on the RTÉ Player for two weeks after the initial broadcast.

The Irish Council of Churches was founded in 1922 by ‘Christian Communions in Ireland willing to join in united efforts to promote the spiritual, physical, moral and social welfare of the people and the extension of the rule of Christ among all nations and over every region of life’.

An Executive Committee is responsible for the oversight of the work of the Council.

The current President is Rev Dr Donald Watts of the Presbyterian Church in Ireland; the

The Irish Inter Church Meeting is the formal meeting between the Irish Council of Churches and the Irish Episcopal Conference to develop and provide a voice for Ireland’s Churches to connect through a common belief in Christ.

Further information on and resources for the Week of Prayer for Christian Unity are available to download from the CTBI (Churches Together in Britain and Ireland) website at www.ctbi.org/weekofprayer