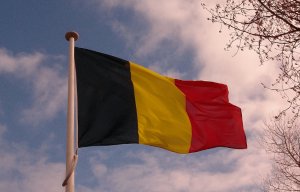 The Church of Ireland Primate, Archbishop Michael Jackson, was among Church leaders who expressed horror at the terror attacks in Belgium on Tuesday.

In a statement, Archbishop Jackson of Dublin and Glendalough said he wished to express his “sorrow and solidarity with the people of Belgium at this time and with all who have suffered and all who mourn the death of those dear to them.”

He also expressed concern for members of the emergency services who experienced horror and trauma as part of their commitment to service in their work.

“Brussels, as we all know, is home to people from all over the world and many Irish people will know the city well and identify with its citizens as they come to terms with what is happening there today.”

“As we travel through Holy Week towards Easter and the Resurrection, a time of sorrow and suffering followed by a time of hope, let us pray that there can be an end to such terror attacks and hope for a future in which peace and security will prevail over violence and destruction and the loss of human life,” Dr Jackson prayed.

Meanwhile, the President of the Commission of the Bishops’ Conferences of the European Community (COMECE), Cardinal Reinhard Marx, also issued a statement saying the attacks at Brussels Airport and on the Metro in the city had upset him “deeply and filled me with sadness”.

“My thoughts and prayers go out at this moment to the dead, the injured and their dear ones. This is Holy Week and it is a time we pray with particularly intensity for victims of violence and for those close to them.”

He described himself as profoundly touched by the events that unfolded early on Tuesday morning and which left 34 dead and scores more injured. The attacks have been claimed by the so-called Islamic State terror network.

“My European commitments bring me frequently to Brussels and I feel particularly close to the staff of the COMECE Secretariat, based in Brussels, in this current situation.”

Pope Francis sent a telegram to Jozef De Kesel, Archbishop of Mechelen-Brussels, which was signed by Vatican Secretary of State, Cardinal Pietro Parolin.

In it the Pope prayed for the victims, the injured and their families and he condemned the “blind violence which causes so much suffering.”

He implored God to send the gift of peace, entrusted the bereaved families and the Belgians to the care of the divine asking for blessings for them.

President Michael D. Higgins will sign a Book of Condolences for victims of the attacks today at the Embassy of Belgium in Dublin.

In a statement, President Higgins said he was “deeply saddened” to learn of the attacks and the tragic loss of lives in Brussels today.

“These attacks strike at the fundamental right of all to live in peace. These actions must not undermine the will of all Europeans to live and work together,” he said.

The President added, “I wish to express my sincerest condolences to the families of all those bereaved and affected by today’s tragedies. All of our thoughts are with the people of Brussels at this time of tragedy.”

“I have conveyed to King Philippe today the sympathy of the Irish people at this most difficult time.”