Church in England concerned about Irish in UK post Brexit 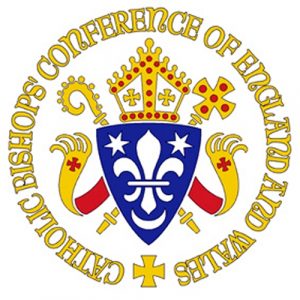 There are some 3 million European citizens living in the UK, most of them from Catholic countries, and it is very important to reassure them about their future, so that they do not live in fear of not being allowed to stay, the spokesman for the Bishops’ Conference of England and Wales has said.

Speaking shortly after the historic triggering of Article 50 of the Lisbon Treaty, which marked the beginning of Britain’s divorce from the EU, Liam Allmark said the Church was concerned with some matters that would be negotiated between the United Kingdom and the European Union – the rights of EU citizens in the UK in the coming years, the relations of Britain with other European countries, and the UK’s role in the world.

The Bishops have asked, and will continue to ask MPs, what guarantees they can give to these people that their rights, as citizens of the United Kingdom, will be protected, he said.

Speaking to the Italian SIR agency, Mr Allmark said another “key issue” for the bishops of England and Wales was the Irish people living in the UK. “There are about 342,000 Irish people in Great Britain, most of them Catholic, and the Bishops have cooperated also with the Irish Bishops’ Conference on this matter,” he said.

Commenting on Britain’s official triggering of Brexit, Cardinal Vincent Nichols said that many people in the UK would be “coping with a combination of anxiety and enthusiasm”. 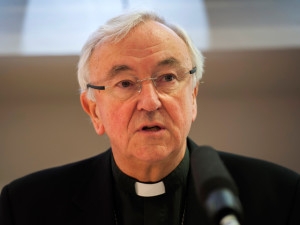 The Archbishop of Westminister, who was taking part in a symposium on young people in Spain, said that the country had been divided on the issue of Brexit since the launch of the referendum, but now that the decision was made, “we need to move on”.

They were faced with two major issues, said the cardinal: the first, “the economic and financial repercussions” of the decision to leave the EU; the second, “the question of the movement of people across borders that are bound to change”, in particular, between Éire and Northern Ireland.”

Distinguishing between the EU and Europe, Cardinal Nichols insisted that “it should be pointed out that England does not want to leave Europe,” but instead, “the issue at stake is the European Union”.

Two factors in particular had played an important role in the decision making process, he believed. One was the “feeling of distance and separation that citizens have constantly perceived from Brussels and Strasbourg”. The second was the way in which the EU had addressed the question of diversity.

The President of the Bishops’ Conference of England and Wales highlighted that his nation still had a place in Europe. “We intend to be good neighbours for European countries,” he said.