Laity mustn’t be left on margins by synod process 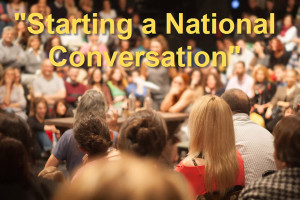 A meeting taking place in Dublin today organised by the Irish Church’s reform groups is aimed at highlighting the need for the baptised to get involved in the debates going on in the church at the Synod.

Noel McCann of the Association of Catholics in Ireland told CatholicIreland.net that members of his group, as well as We Are Church Ireland, Pobal De, Voice of the Faithful, the ACP and the IMU are hoping to start a national conversation.

“People are not being encouraged, and so we are trying to do that, to get them to go back to their local parishes from this meeting and get small groups together and discuss these issues.”

He hopes that these local groups will then feed information back to leadership of the various reforms groups who will pass it on to the bishops.

“We all agree that there will be no major decisions made over the next two weeks at the Synod but a lot may come out of it which will lead to a lot of discussion and work over the coming 12 months ahead of the 2015 synod.”

“We have to hope that the bishops will see light on this and that a dialogue takes place between now and 2015 and that there will be a real concerted effort to draw people into the debate and not leave the on the margins.”

Noel McCann of the ACI also said he hoped that structures or processes will be developed to engage the laity in a real open and free dialogue between now and 2015.

He said the opening session at the Regency Hotel in Dublin on Saturday would be addressed by a husband and wife team giving their views on the practicalities of living as a married couple in 21st century Ireland and trying to be active participants in the Church and all the difficulties that it involves. Patricia Higgins and Seamus O’Gorman, who are both in the early 40s, have recently had a baby. Patricia is on the steering group of the ACI. 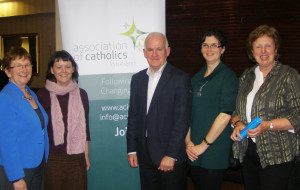 Theologian, Professor Siobhan Garrigan on the Loyola Institute in TCD, will discuss the relevance of the Catholic Church in Ireland in the 21st century, while Abbot Mark Patrick Hederman of Glenstal will sum up the day’s debates and themes.

Asked about the Francis Factor on the discussion and openness with the Church, Noel McCann told CatholicIreland.net that people in the church “feel liberated and certainly encouraged”.

“Go back two years ago there was very little light as far as we [ACI] were concerned in terms of any possibilities for change. Now there is a real chance – change is possible – so people are greatly encouraged.”

He cited the women in the diocese of Killaloe, some of whom will be present at the meeting in the Regency Hotel on Saturday.

“I think their actions were really significant and should be an inspiration for others around the country, but in fairness to the bishop in Killaloe, he responded in a very mature and positive fashion in withdrawing that male only proposal,” Noel McCann said.

He also revealed that members of the ACI had met with Archbishop Diarmuid Martin of Dublin before he went to Rome. “We are hoping to meet him when he comes back so we can keep in touch with what actually went on.”

“The coming year is going to be very significant in terms of the preparations for 2015, we would like to engage with the bishops and allow people to have the opportunity in their own dioceses to engage in a conversation on all issues that will be central to the 2015 synod.”

The conversation will run from 10.30am-4pm at Dublin’s Regency Hotel today Saturday.