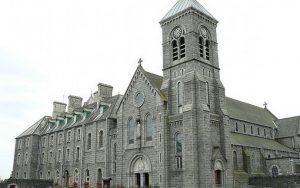 St Joseph’s Redemptorist Church in Dundalk suffered  “a fair bit” of rain damage over the weekend following the theft of lead from its roof the week before.

The church and monastery on St Alphonsus Road in Dundalk is currently undergoing refurbishment work with the clergy based there staying in alternative accomodation while the work is being carried out.

According the Fr Michael Cusack, rector at St Joseph’s, the work began in May and the work on the roof was almost complete, when thieves stripped the lead off  it on the night of the 5th July or early hours of the 6th.

Fr Cusack told LMFM radio that it was his belief that thieves had scaled four storey scaffolding to steal the substance from the roof of the monastery.

“We knew already there had been a spate of thefts here in Dundalk where lead has been robbed off public buildings during the night. We were being vigilant…but we came in on the morning of the 6th to find it had all been stripped. It was three weeks or four weeks of work – it was in prep for tiling. It was very close to finishing the roofing part,” he said. The whole lot had been lifted.

When the torrential rain hit the gullies of the church on Saturday night, the water came through the roof into the building causing “a fair bit of damage”. 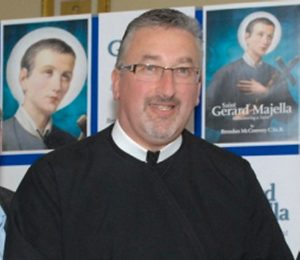 Despite the weekend’s setback, work on the building is already back on track. The contractors have restarted and the damage is covered on their insurance policy, said Fr Cusack. “But it’s really the loss of time and it’s the loss of heart, where you feel that stuff just can’t be left alone when you’re trying to get on with your own work.”

Security officers are now present on the site and local Gardaí are viewing CCTV footage to assist them in catching the criminals. On Tuesday Gardaí interviewed two people in connection with the theft of the lead but so far no one has been charged.

The redevelopment work of the church and monastery on St Alphonsus Road in the Louth town is expected to cost in excess of €1 million. “We’re already back on track but if the weather would become more favourable it would help,” said Fr Cusack.

This mission house of St Joseph was established on 8th September 1876. The community of brothers and priests who normally live there will return to the monastery on completion of the works.