Some of the most popular authors who have written for Columba Press are set to return to its publishing output. This follows the purchase of the independent religious publisher and its imprint, Currach Press, by Irish company, Grace Communications.

The two biggest publishing successes for Columba Press were the Glenstal Book of Prayer and the Book of Common Prayer for the Church of Ireland.

A spokesperson for Columba Press told Catholicireland.net that alongside some of the well-known names associated with the company, some new authors will be showcased in the months ahead.

“Coming soon will be a book of poetry from Munster illustrated with beautiful photography, and titles from well-known authors north and south with mindfulness featuring strongly amid titles that aim to lift people’s minds and hearts,” a statement from Columba said.

Following a difficult period for the independent religious publisher, which saw it go through a liquidation process, it is now under new ownership and management with Grace Communications, which owns the Irish Catholic newspaper.

In a statement on Tuesday, a Columba spokesperson said, “At a time when many of our fellow independent publishers are facing similar turbulence, we understand how fortunate we are to be able to start over with a new publishing company and continue in our quest to produce high-quality publications for a thinking public.”

Ellen Monnelly said Grace Communications had rehired five of the company’s original staff and she saw that as “a mark of their belief in the importance of the books that we publish.”

“We are lucky to have incredible authors that have stuck by us through the difficult patch, and our Christmas list is looking very lively,” she added.

In an interview with the Irish Catholic newspaper, managing director of Grace Communications, Garry O’Sullivan, said the company was delighted “to be able to ensure that religious publishing continues to have a vibrant future in Ireland.” 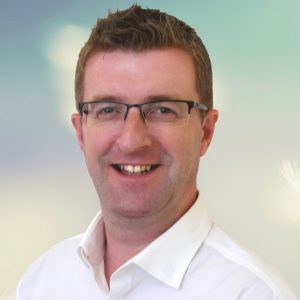 Columba went into examinership in May in a bid to seek new investment. However, none was forthcoming and the directors announced that they had been “unable to secure the new investment that would be needed to return the company to profitability and place us on a sound financial footing for the future.”

Grace Communications was successful in purchasing the assets and good will of the company, which was founded in 1984 by Sean O’Boyle.

In a statement, Garry O’Sullivan said that Grace Communications placed “huge value” on the independence of Columba and said that the publisher “will continue to publish books that will inform, challenge and entertain readers.”

“Irish society needs a solid publisher that will bring forward books that will continue to ask difficult questions of both the wider culture, the churches and questions that arise about the place of faith in a diverse society,” Mr O’Sullivan said.

He added that “the world of publishing is a challenging arena at the moment, but there is a real opportunity for books of depth that go beyond the often superficial conversation about faith in modern Ireland.”