Christian sentenced to death in Pakistan 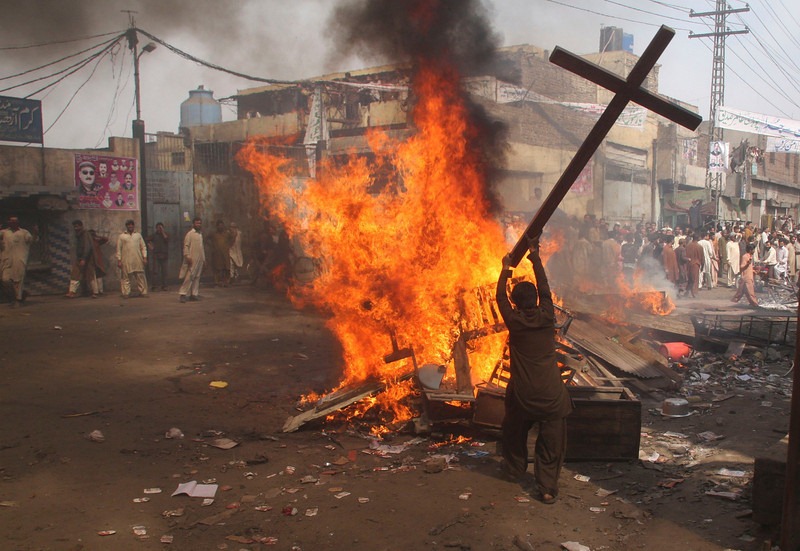 The Pakistan Christian Congress has strongly condemned the death sentence imposed on Christian Sawan Masih after he was accused of blasphemy in a row with a colleague.

Dr Nazir S Bhatti, President of the Pakistan Christian Congress (PCC), said in a statement that justice is never assured for Christians from the country’s courts and this had been shown in the trial of Sawan Masih.

“The blasphemy law is like sword hanging over necks of religious minorities in Pakistan and is being misused by Muslim extremists to settle personal scores and business rivalries,” Nazir Bhatti warned.

The Christian was sentenced to death over an incident which triggered a riot last year in Lahore, the country’s second-largest city.

Sawan Masih was accused of insulting the prophet Muhammad during the course of a conversation with a Muslim friend on 7 March 2013 in the Joseph Colony, a neighbourhood of Lahore.

The Muslim accused the Christian of making derogatory remarks against the Prophet Mohammad during an argument after they had been playing and drinking.

When news of the blasphemy allegation spread, more than 3,000 Muslims rioted, torching about 100 Christian homes.

A lawyer for Sawan Masih has indicated that they will appeal the sentence.

Responding to the news of the sentence, Fr James Channan OP, who is Director of the Peace Centre in Lahore, a research centre involved in interreligious dialogue, commented, “Pakistani Christians are already persecuted and they feel very insecure and vulnerable, especially after so many false blasphemy cases registered against them.”

He added that the sentence imposed on Sawan Masih, a poor Christian worker, was “another blow for Pakistani Christians.”

“March 27, will be remembered as yet another ‘terrible day’ in which injustice against Christians was committed,” Fr Channan said.

In a interview with Fides news agency, Fr Channan said, “After Sawan’s death sentence, I ask myself: where is justice?”

He questioned why nothing had been done for the innocent Christians who had been attacked and had lost their possessions.

“What about the churches which were desecrated, bibles burned and crosses destroyed? Is this not blasphemy?”

He questioned why no culprit was punished after the horrendous attacks against Christian villages and neighbourhoods such as in Shanti Nagar, Sangla Hill, Gojra – where seven Christians were burned alive.

“Where is justice and where is the rule of law? I hope the government takes measures to ensure justice to all citizens, and takes note of the serious injustice perpetrated against Christians in their homeland,” he said.