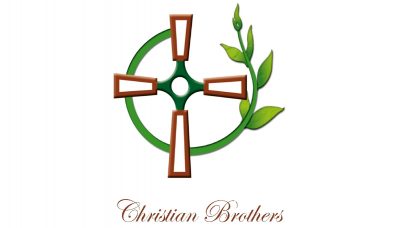 The Christian Brothers congregation has paid up its full voluntary pledge to the Residential Institutions Statutory Fund (RISF), the Department of Education and Skills confirmed on Monday.

In a statement, the Department announced that the congregation had contributed €30 million towards redress since 2013 and €8.8 million in 2019 alone.

Since September a total of €6.8 million has been contributed by the Congregation of which €6,371,089.99 was paid to the Statutory Fund.

Some €428,910 is to be paid over to the Department of Health for the National Children’s Hospital.

The congregation’s contribution was completed through a series of monthly cash transfers between September and December of this year.

In a statement, the Minister for Education and Skills, Joe McHugh, said he welcomed the latest contributions made by the Christian Brothers “as it fulfils the congregation’s pledge to complete its voluntary contributions”.

“These payments ensure that Caranua has access to the full €110 million in cash contributions which were committed to. Most importantly, the financial contributions will allow Caranua to continue its supports for survivors.”

The contributions made by the Christian Brothers over the course of September to December mean the full €110 million which was pledged has been paid into the Residential Institutions Statutory Fund, with the money funding the work of Caranua, the independent state body set up to help people who, as children, experienced abuse in residential institutions.

Caranua was established in 2012 to manage the €110 million pledged by 18 religious congregations to enhance survivors’ lives.

In March 2017, the organisation was embroiled in a row with survivors over a comment by its chief executive, Mary Higgins, who said some survivors “would never be happy”.

Under the provisions of the Residential Institutions Statutory Fund Act 2012, no more than €110 million in contributions may go to the fund and any amounts in excess of that figure go to the funding of the development of the National Children’s Hospital.

The Christian Brothers has now voluntarily contributed a total of €30 million toward redress.

In October, the Secretary General of the Department of Education and Skills, Seán Ó Foghlú updated the Dáil Public Accounts Committee on the transfer of properties offered by religious congregations towards the €1.5bn costs incurred by the State in compensating former residents of religious-run institutions.

The properties are being transferred by religious congregations under two distinct rounds: the legally binding 2002 Indemnity Agreement and those offered voluntarily by congregations in 2009.

Three properties offered voluntarily in 2009 (those at Westport, Co Mayo, St Anne’s, Lenaboy, Galway and Cahir, Co Tipperary) had been transferred since Mr Ó Foghlú’s previous report to the PAC in May 2019 and he said there was “progress on the properties remaining to be transferred under the two rounds.”

Under the 2002 Indemnity Agreement two properties remain to be fully transferred. The letter noted that the intended recipient of the properties was already in occupation of these properties in both cases and were already providing services from them.

One of the properties is Sacred Heart Centre in Waterford. All legal title to this property has transferred to the HSE. However, it is with the Property Registration Authority for first registration. A certificate of title is expected to be received shortly and at that point the property will be formally accepted as having met the requirements of the Agreement.

The second property is Mounthawk post primary school in Tralee which is owned by the Sisters of Mercy. Outstanding boundary related litigation and associated title issues are being dealt with in relation to this property. It is not yet possible to give a definitive timeframe for the completion of the transfer.

Of the 18 properties offered voluntarily in 2009 and accepted for transfer to State bodies, 15 have fully transferred.

The Secretary General of the Department of Education said in October that, “Considerable progress has been made in relation to the transfer of the remaining properties.”

In October, the Department of Education said the transfer of the National Rehabilitation Hospital, Dún Laoghaire is progressing and the HSE had indicated that transfer documents, contract, etc were nearly agreed.