Home > News > Choral performance to highlight the plight of Syria

Choral performance to highlight the plight of Syria 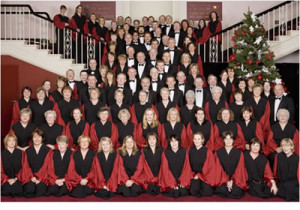 Our Lady’s Choral Society has announced that it will give a special performance of composer Karl Jenkins’ music to highlight the plight of Syria.

The 120-strong choir has taken Pope Francis’ words on peace as their inspiration.

“In the silence of the cross, the uproar of weapons ceases and the language of reconciliation, forgiveness, dialogue and peace is spoken,” the Pontiff has said.

In a statement, the choir said that as the Church continues to pray for peace in Syria, a special performance of ‘The Peacemakers’ and ‘The Armed Man, a Mass for Peace’ will take place in the National Concert Hall in Dublin on 5 November.

Our Lady’s Choral Society will be joined by conductor Proinnsías Ó Duinn and the RTE Concert Orchestra for the performance.

‘The Peacemakers’ is the Welsh composer’s most recent composition. Karl Jenkins describes it as being dedicated to the memory of all those who lost their lives during armed conflict: in particular, innocent civilians.

Jenkins says one line from the 13th century Persian mystic poet, Rumi, sums up the ethos of the piece ‘All religions, all singing one song, Peace be with you.’

‘The Armed Man’, was commissioned by the Royal Armouries Museum in Britain for the Millennium celebrations.

It is essentially an anti-war piece and is based on the Catholic Mass, which Jenkins combines with other sources, principally the 15th century folk song ‘L’homme armé’ in the first and last movements.

“When I composed ‘The Armed Man: A Mass for Peace’ for the millennium, it was with the hope of looking forward to a century of peace. Sadly, nothing much has changed,” Jenkins said recently.

Our Lady’s Choral Society (OLCS) was founded in Dublin in 1945, after the Archdiocese of Dublin brought together the best singers from all the church choirs of the city for a performance of Handel’s Messiah.

Today OLCS has 120 choristers chosen from a membership that is united by a passion for singing great choral music at a professional level.