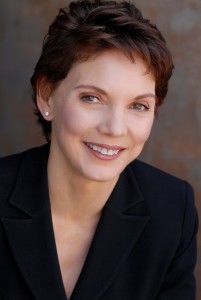 Reggie Littlejohn, founder and president of Women’s Rights Without Frontiers

The Chinese authorities have announced the country’s contentious one-child policy is to be phased out and parents in future will be allowed to have two children.

The change of policy is due to concerns over the aging population and the growing imbalance between males, which in many Asian societies are favoured, and females. There are also concerns over a drop on the numbers of workers available to the labour force.

The one-child policy was adopted in 1979 to slow China’s population growth rate. It has been linked to human rights abuses such as forced abortions and sterilisations as well as female infanticide.

Currently about 30% of China’s population is over the age of 50. The total population of the country is around 1.36 billion.

However, according to the human rights group, Women’s Rights Without Frontiers, whose founder and president is Reggie Littlejohn, the two-child policy will not end any of the human rights abuses caused by the one-child policy, including forced abortion, involuntary sterilisation or the sex-selective abortion of baby girls.

The group noted in a statement that the reason given for this adjustment is demographic: “to balance population development and address the challenge of an ageing population.”

The group said on Thursday that the adjustment is “a tacit admission that continuation of the one-child policy will lead to economic and demographic disaster. The policy was originally instituted for economic reasons. It is ironic that through this very policy, China has written its own economic death sentence.”

Women’s Rights Without Frontiers highlight that absent from the Chinese Communist party’s announcement is any mention of human rights.

“The Chinese Communist Party has not suddenly developed a conscience or grown a heart. Even though it will now allow all couples to have a second child, China has not promised to end forced abortion, forced sterilisation, or forced contraception,” Women’s Rights Without Frontiers warn.

“Coercion is the core of the policy. Instituting a two-child policy will not end forced abortion or forced sterilisation.”

According to the US-based group the problem with the one-child policy is not the number of children “allowed.”

“Rather, it is the fact that the CCP is telling women how many children they can have and then enforcing that limit through forced abortion and forced sterilisation. There is no guarantee that the CCP will cease their appalling methods of enforcement.”

“Women will still have to obtain a government-issued birth permit, for the first and second child, or they may be subject to forced abortion. It will still be illegal for an unmarried woman to have a child.”

“Regardless of the number of children allowed, women who get pregnant without permission will still be dragged out of their homes, strapped down to tables, and forced to abort babies that they want.”

They warn that instituting a two-child policy will not end gendercide and that areas in which two children currently are allowed are especially vulnerable to gendercide, the sex-selective abortion of females.

According to the 2009 British Medical Journal study of data from the 2005 national census, in nine provinces, for “second order births” where the first child is a girl, 160 boys were born for every 100 girls.

In two provinces, Jiangsu and Anhui, for the second child, there were 190 boys for every hundred girls born.

This study stated, “sex selective abortion accounts for almost all the excess males.” Because of this gendercide, there are an estimated 37 million Chinese men who will never marry because their future wives were terminated before they were born.

This gender imbalance is a powerful, driving force behind trafficking in women and sexual slavery, not only in China, but in neighbouring nations as well.

Sending out the message that China has “abandoned” its one-child policy is detrimental to sincere efforts to stop forced abortion and gendercide in China, because this message implies that the one-child policy is no longer a problem, Women’s Rights Without Frontiers emphasised.

The development in relation to the one-child policy comes as the Vatican Secretary of State confirmed reports of new talks between the Holy See and the government of China.

Cardinal Pietro Parolin told reporters that a delegation from the Vatican travelled to Beijing earlier this month and he described the talks as “very positive.”

“It is part of a process aimed at the normalisation of relations,” Cardinal Parolin said.

He added, “The sheer fact we are able to talk about it is significant.”