A new Garden of Remembrance for children is being blessed this Saturday (9 July) at Knock Shrine.

The idea for the garden came after the annual gathering of bereaved parents at Knock last November which was attended by up to 600 parents and family members.

“It was wet and bleak and a lot of them were almost dreading the thought of winter. One of the parents suggested that as a sign of hope if we could in some way plan something that would give parents a sense that ‘yes it is winter but after winter comes spring’,” said Monica Morley, Director, Family Life and Prayer Centre Knock Shrine.

The parents came up with the idea to plant snowdrops in memory of the children enrolled in the Knock Book of Remembrance.

While a suitable garden site was being sought, the invitation was extended to all bereaved parents to sow their own bulb and return it to the Family Centre in the first week in February 2016.

Some 470 people sent in snowdrops and included the name of their child and the date they died so they could be included in the Book of Remembrance.

The bulbs were blessed at a special ceremony on Sunday 7 February, and the children were remembered by their parents and families in a short prayer service.

“They came up with the idea ‘wouldn’t it be lovely if they (snowdrops) could all be put together and we could have a garden’. So it would be a place we could know was ours, a place we could come back to, a place that would have some kind of significance for bereaved parents,” Monica Morley told Catholicireland.net.

Since then a space was found in view of the Shrine. Now in the height of summer, on Saturday, the fully blooming garden is being blessed at a special service at the beginning of the annual

“All the snowdrops are planted. Obviously they are not out at this time of year, but the gardening team has planted up a vast array of flowers and colours and done it up into a nice area where there are two seats.”

“A sign will be erected saying that this is a remembrance garden dedicated to the memory of all deceased children,” said Monica Morley.

Fr Richard Gibbons, parish priest of Knock, will bless it in a short service with prayers, readings and music. Afterwards there is 3pm Mass at the basilica.

There are over 700 children enrolled in the book of remembrance and the blessing is expected to be a very special and significant occasion. This garden is for any parent or family that has lost a child at any age. 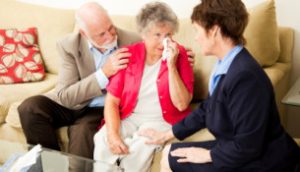 After years of experience of the Remembrance service in November, Monica Morley says that parents range from those how have just lost a young baby or child through illness or an accident, to those who lost a child years ago and come to Knock into their old age to remember their loved one.

Bereavement and loss is one of the topics that will be addressed at the Family Focus week from 9 -15 July.

The week will include talks and workshops on topics such as grief, parenting, addiction, worry, and passing on the faith.

It will begin with the blessing of young children (0-12yrs) at 12 noon in the basilica on 9 July and the blessing of the new garden of remembrance, dedicated to all deceased children will follow at 2pm.

The Family Focus week will then continue into the week and sessions are so wide and varied that people can go for the week or a day, or for some of the evening talks as many of the locals do.

Further information on all events available on 094-9375320 and on www.knockshrine.ie/events