Catholic priests who father children must face up to the responsibilities of fatherhood, and the interests of the child are paramount, according to a Church guidelines document drawn up by Irish bishops. 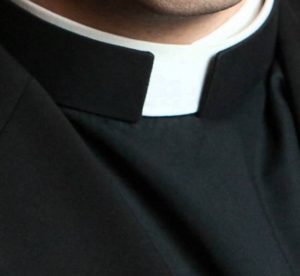 The document – ‘Principles of responsibility regarding priests who father children while in ministry’ – was drawn up in May 2017.

The principles are published on the website of Coping International, a voluntary mental health organisation that promotes the well-being of children of Catholic priests, founded by Vincent Doyle, whose father was a priest. The website was paid for by the Archbishop of Dublin.

“Upon ordination, priests promise to live a life of celibacy in their dedication to Christ and to pastoral ministry in the Church. However, if, contrary to this obligation, a priest fathers a child, the well-being of his child should be the first consideration,” the guidelines begin. They then set out five ‘principles of responsibility’ based on “natural justice and subsequent rights regarding the children of priests”:

Vincent Doyle, founder of Coping International, spoke movingly to RTÉ radio following a long exploration of the topic in the Boston Globe last week in which he told his story. His father, a Spiritan priest, Fr John J. Doyle, was from Co. Longford. He knew him as his godfather, JJ, and always had a strong relationship with him. But it was only 16 years after Fr JJ’s death in 1995 that John discovered he was his biological father. This led to him championing the cause of the children of priests.

“I expected resistance, but I was wrong. The Church was very accommodating and has worked with me since 2014 on various levels,” he said.

To the Boston Globe he said: “I’m doing this because I love Catholicism. I just don’t like the fact that my faith is being used to keep the children of priests a secret.”

In his RTÉ interview Mr Doyle described the response to his website. “We wanted to see how many people out there were actually looking for help. It was picked up by over 13,500 people in 175 countries with hits numbering over 400,000. Those figures are certainly speculative, but they are indicative of a global need.”

The United Nations Committee on the Rights of the Child has asked the Holy See to “assess the number of children fathered by Catholic priests, find out who they are and take all necessary measures to ensure that the rights of those children to know and to be cared for by their fathers is respected.” The Vatican has until 1 September 2017 to respond. Mr Doyle, who has been asked by the Vatican to help in the formulation of the guidelines, told RTÉ he was “probably going to recommend that they adopt the guidelines as written by the Irish bishops or something similar and to ratify them on a global scale.”