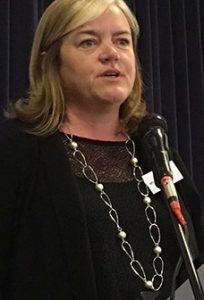 The importance of ensuring that children get to school, are well fed, clothed and happy is the “silver bullet” of social policy.

“It literally transforms families and children,” said Louise Casey, who has been called one of Whitehall’s “most outspoken civil servants” and the “troubled families Tzar” in England.

From 2011 – 2015, she was Director General of the Troubled Families programme at the UK Department of Communities and Local Government.

Describing the three measures of success for the UK programme, which targeted 120,000 troubled families, she stated, “The first is the education and welfare of children. The second was to get someone in the family working and the third to reduce significantly and in most cases halting crime and anti-social behaviour.”

Speaking at a St Vincent de Paul (SVP) East Region seminar in Dublin on Saturday (7 May) she said the building of a relationship between a family and their social worker or helper is the key to change for many of those families.

“Something like the SVP’s home visitations – these are human beings going into people’s families and their lives – and it works because basically the families know these people are reaching out to them,” she said.

“They know that they (helpers) are unpaid, and they also that they are coming in through the door to give them practical help but also to boost them to challenge them to make them see that they have choices in their lives and I think that is the most powerful relationship that actually does get change in families.”

Liam Casey, SVP East Region President, responded stating that “In Ireland the relationship between families who seek help from SVP and the SVP members is crucial. In addition to providing practical help we encourage families to engage with other agencies such as MABS and also consider joining their local Credit Union.” 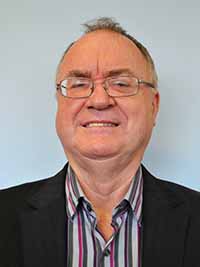 “We are always conscious that it is difficult for families to invite perfect strangers into their home and to give information about the family circumstances. Providing that information is a sign of the trust families have for the SVP. We constantly remind ourselves that we are guests in their homes. We are there on their terms, not ours,” he said.

In the UK, Louise Casey achieved the Labour government’s target of reducing rough sleepers by two-thirds by April 2002, but not without controversy as, even though she had joined the civil service after working with homeless charities, she said that homeless charities were making it too easy for people to sleep on the streets by providing soup runs and top-of-the-range sleeping bags.

She advocated that people be supported and enabled and empowered to help themselves.

She headed up the Anti-social Behaviour Unit and in 2010 was involved in the controversial Anti-Social Behaviour Orders (ASBOs) which she claimed “transformed lives”.

ASBOs still exist but have been modified.

Then she was appointed, in the aftermath of riots in England, as director general of the Troubled Families programme, with a £448m budget to work with local councils to tackle the underlying problems of British families identified as “troubled”.

She has said in interviews that she is motivated to try and “do something about disadvantage”.  So her work at Troubled Families was aimed at achieving the best possible outcomes for vulnerable people.

The programme is regarded as a success story achieving collaboration between departments and local government.

It is in its second term and uses a payment-by-results system where local authorities are paid per outcome, and can earn up to £4,000 per family.

Although initially hesitant about measuring success in this way, Louise Casey admits the scheme has motivated authorities.