Home > Featured > ‘We should cherish our system of primary education’

‘We should cherish our system of primary education’ 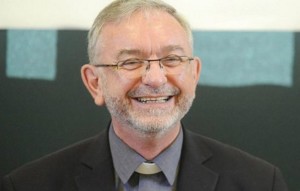 Archbishop Kieran O’Reilly of Cashel & Emily has spoken of the importance of Catholic primary school education in a child’s life in Ireland.

Speaking at the 180th celebrations of primary school education in Ballycahill, near Thurles in Co Tipperary, Archbishop O’Reilly said, “Surely the ideal for every school comes from John’s Gospel Chapter 10 Verse 10 – ‘I have come the Lord said so that you may life and have it to the full’.”

He added, “I think that is surely the ideal for every school. That every child who enters into the system, at whatever age, a huge trust is given over by the parents and the family to that educational system.”

Speaking about his time as an SMA missionary priest, Archbishop O’Reilly said, “I have known places where you would have 70 children seated in a classroom and between them you may have three or four whose parents had a bit of money who would have a copy to write down what teachers would write up on the board with a stick of chalk.”

“That’s the reality for many parents and children in our world. And that’s one of the messages that I think we should recount again and again in our own country. While we might sometimes criticise we must also appreciate what has evolved into an excellent education system with wonderful teachers and wonderful support groups.”

Commenting on the importance of primary school education in a child’s life, Archbishop O’Reilly said, “Children are launched into life when they come to primary school. In pre-school it is mainly about been with other children and learning to play games and learning how to be away from mam or dad just for a few hours.”

“By the time they come to national school they launch into a different way of life and that is a wonderful tribute to parents, teachers to bring the children along so that they may blossom and become fully part of their own community but even more importantly themselves become young people who can identify confidently in the world in which we live in.”

Speaking about how education in Ireland has evolved Dr O’Reilly said, “I’m sure I am speaking to people of a certain generation here we will remember that we rarely spoke about school and if there was any child there who had a difficulty they were treated very shabbily by our standards today.

“How different things are now when I go to classes, how celebratory it is to see children so free and so capable even at that age of engaging in conversation  and in answering.”

“And all of that I believe is part of what we as Catholic Church wish and hope for always in our education system. That it will enable our young people, sons and daughters, grandsons and granddaughters and great grandchildren to flourish to be themselves in their own community and this is the context of the strength of our education system. That it flourishes in the local community where all are involved in many different ways.”