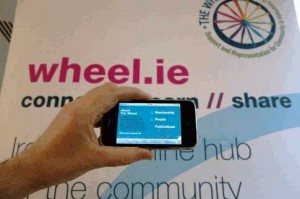 Almost 33% of charities have either cut back or suspended services in the last six months according to The Wheel, which represents more than 900 Irish charities.

A survey of 230 charities completed during July has shown that between funding cuts and the drop in public donations, some 64% of charities have experienced a decline in their income during the first six months of this year, while 66.7% report an increase in demand for their services over the same period.

The children’s charity Barnardos recently suspended its services for a week, and another weeklong closure may be on the cards later this month.

Many charities, including the Irish Cancer Society and the Irish Heart Foundation, report a significant decline in donations, and some charities such as the ISPCC have made staff redundant since the beginning of the year.

“If charities are forced to close, the most vulnerable people in our society will have nowhere else to turn,” said Deirdre Garvey, Chief Executive of The Wheel.

“Charities play an indispensable role in plugging the gaps in Ireland’s welfare system by providing essential public services like housing, support and care for people with disabilities and protection for the vulnerable and socially excluded.”

The Wheel’s analysis indicate that between 2009 and 2011, state funding for the charity sector fell annually in the order of -8% to -10%. These figures contrast with government spending changes of +6%, -3.2% and -3.2% respectively in those years.

“Those who had no hand in the making of this crises are suffering most. We need to ask ourselves: What does this say about us, as a society?” said Ms Garvey.

The survey was conducted by The Wheel between 24 July and 3 August 2013. Some 230 community/voluntary/not-for-profit/charitable organisations completed the online survey.

In its Budget 2014 campaign submission, published in June, the Society of St Vincent de Paul stated that its direct assistance to households has increased by 56% between 2008 and 2011.

The charity spent over €22 million on food and cash assistance, and over €10 million on helping households with their energy costs in 2011.

At the time a spokesperson said that those who were least well off before the economic crisis remain so, and their struggles have been worsened due to the cutbacks to the supports and services on which they rely.

Brother Kevin Crowley of the Capuchin Day Centre in Dublin says that poverty today is worse than when the centre started almost 45 years ago.

Three years ago up to 400 people collected food parcels which typically include milk, tea, bread, butter, cheese, pasta and other commodities, however this has quadrupled and now in 2013, over 1,600 call in for the parcels every week.

Tags: Barnardos, Charities, Cutbacks, Funding, not for profit, The Wheel.ie