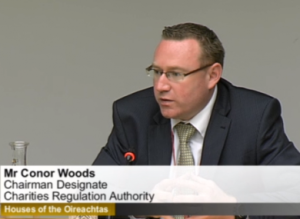 The Society of St Vincent de Paul, The Wheel, and other charities have welcomed the establishment of the Charities Regulatory Authority (CRA).

The Wheel is a national body representing 1,000 charities in Ireland.

Ivan Cooper added that charities have been calling for a regulator for years. “They will now finally have certainty about what is expected of them in terms of reporting and accounting for their work,” he said.

Minister for Justice and Equality, Ms Frances Fitzgerald said that the establishment of the CRA is a critical first step in reforming and strengthening the regulation of this sector.

“The charity sector plays a vital role in our society and economy. It is important, both for the charity sector and for the wider public, that we can have trust and confidence in our charities. The right regulatory framework for charities can support them in their work,” she said.

The functions of CRA will be introduced on a phased basis, beginning with the compilation and registration of all charities operating in Ireland.

The chairman of the new CRA, Conor Woods, stated that the requirement for charities to register is an important reform that will bring increased transparency to the charity sector.

“Ireland’s charities deliver public benefit across a wide range of sectors. Their work is essential to the well being of our communities. It is important that they are well governed and managed, and that they are genuinely accountable to their donors and beneficiaries,” he said.

The Register of Charities will be published online shortly on the website of the CRA. This Register will contain the approximately 8,400 charities that held a charitable tax exemption from the Revenue Commissioners at the time of the establishment of the CRA.

These charities are automatically deemed to be registered with the CRA.

This will support the public in making informed decisions about supporting charities.

Charities that did not have a tax exemption from Revenue at the time of the establishment of the CRA are not automatically registered and will need to apply directly to the CRA to register.

Information on who should apply and on how to apply is available on the website of the CRA.

The CRA can also investigate charities but these provisions of the Act are not being brought into force at this time as the initial priority for the CRA is to put the system of charity registration and annual reporting in place.

In the meantime, it is still open to members of the public to contact the CRA with a concern or complaint about a charity.

The CRA will follow up on concerns and complaints in line with the statutory powers it has and the resources available to it.