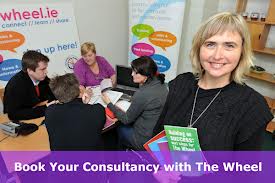 More than half of those surveyed said it had damaged fundraising, according to an umbrella group representing 930 Irish charities.

The Wheel has  welcomed the announcement by the Department of Justice that a CEO and staff will be appointed to Ireland’s Charities Regulatory Authority by the end of February.

Congratulating Minister Alan Shatter on this move, Deirdre Garvey, Chief Executive of The Wheel said, “This development will enable the charity sector to move forward in our attempts to restore public trust and confidence in our work.”

Calling on Minister Shatter to publish a timeline and implementation plan to establish the Charity Regulator, Ms Garvey said that more than 97% of Irish Charities believe that the CRC scandal has seriously damaged public trust and confidence in their work.

53% said that the negative publicity in the wake of the CRC scandal has had an adverse impact on their fundraising.

The Department of Justice hopes to make appointments to the new Authority by the end of February.

Ms Garvey added, “Ireland’s charities have been calling for statutory regulation for over fifteen years, and were dismayed when implementation of the Charities Act, enacted in 2009, was delayed because of the economic crisis.

Since then the charity sector has been working hard to address some of the gaps that the delay in establishing the regulator has caused.”

She explained that many charities have a Governance Code for the Sector, and they have been encouraged to apply the Guiding Principles for Fundraising and the Statement of Recommended Practice for Financial Reporting by Charities (SORP).

“But no amount of voluntary effort on the part of the charity sector itself can make up for the absence of an independent regulator,” she said.

In the wake of the most recent revelations about pension arrangements at the CRC many charities have been contacting their supporters to reassure them and inform them where their donations go. 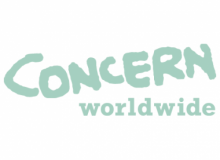 Dominic MacSorley, Chief Executive Concern Worldwide, in a letter to supporters stated that Concern remains as open and transparent about finances.

“89.8 cents in every euro you donate goes directly to the people we’re helping and I can vouch for the amazing work that your generosity makes possible,” he stated.

“We believe that it’s important to publish our accounts with as much detail as we can and to demonstrate the effectiveness of your donations.”

He added that in the field he has seen countless lives saved through emergency work and through long-term projects.

For example last November, when the typhoon hit the Philippines, Concern was able to act quickly and effectively because of the generosity of Irish donations.

Gorta has also sent a letter thanking people for their support in 2013.

“Gorta is accountable and transparent in how we spend your donations and we value the trust you place in us,” stated Ambrose Duffy, Head of Fundraising and Communications, Gorta – The Freedom from Hunger Council.

He stated that full information on how the charity spends donations is available on the website.

For example in 2012 around 84% of Gorta’s expenditure went on programmes which help transform the lives of poor people in Africa and Asia.

Approximately 9% went on fundraising costs and another 6% on the running costs of ten shops around Ireland.

Just over 1% went to the combined costs of governance, advocacy, and some money lost through fluctuations in exchange rates.

Gorta accounts have been certified as compliant with SORP guidelines (Statement of Recommended Practice).