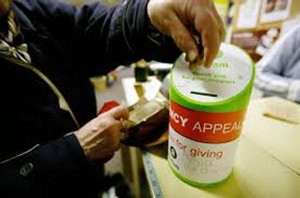 Irish charities have moved to quell public fears about contributing to charity over Christmas following revelations that the Central Remedial Clinic allegedly used charity funds to top up the salaries of senior staff.

Jonathan Irwin, CEO of the Jack and Jill foundation, said he did not blame the public for thinking twice about contributing to charity in the wake of the revelations.

“I wouldn’t blame them. I was appalled by the whole story,” he said in a radio interview.

Speaking to CatholicIreland.net, Mr Irwin said that the public should always ask charities two questions: “How much do you get from the government” and “How much of the money I’ve given you, can I expect to go to the people you’re looking after?  Once you ask those questions, you can relax.”

In the case of his own foundation, Mr Irwin said all staff salaries, including his own of €90,000, were paid out of the 18% subvention coming from the HSE and there were no top up payments to staff. “Every €16 you give to me is an hour’s nursing for a child,” he said.

Another aid agency, Trócaire, said it did not provide top up payments to staff either.

“It is very important that when someone donates to a charity they have confidence that the money is being spent to support those who need it most,” a spokesperson told CatholicIreland.net

“We would advise members of the public to check the annual report of their chosen charity if they wish to find out more about its finances.”

Yesterday the Central Remedial Clinic confirmed that money was collected by a company linked to the organisation and used to pay top-up allowances to senior staff.

An internal HSE audit completed last year found that almost €250,000 in allowances was being paid annually to six senior staff members in addition to their State-funded salaries.

Interviewed by Newstalk, Jonathan Irwin from Jack and Jill, said that the fundamental problem was that Ireland had no charity regulator.

“It’s like the wild west. We know about the more than €600,000 for foreign aid that the government pays” but there is also “more than €4 billion to domestic charities” which is “completely unpoliced”.

“These things will happen until we get a regulator,” he added.

In a statement, the Central Remedial Clinic which is a national centre for the care of children and adults with physical disabilities, said the Friends and Supporters organisation enabled the clinic to fund a large number of capital projects including the development of CRC Waterford – a “large state of the art centre which provides services to children with physical disabilities in the South East region at a cost of €2 million,” a statement said.

Funds were also used for renovation projects at CRC Clontarf, at a cost in excess of €7 million since 2004, and they helped the development of CRC Limerick, a clinic which provides a range of specialised services for the mid-west region.

Tomorrow, Sunday 1 December, CRC begins its biggest fundraising event, the Santa Bear Appeal, which runs from 1 to 11 December, where the charity asks the public to “BUY a BEAR and SHOW you CARE”

The Central Remedial Clinic (CRC) is a non-residential national centre for the care, treatment and development of children and adults with physical disabilities.