Charismatic Renewal’s role in Irish Church to be celebrated 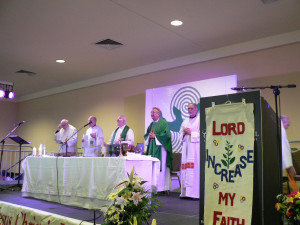 A one-day faith gathering is to be held in Dublin at the end of the month to mark the role played by the Charismatic Renewal movement in the Irish Church over the past four decades.

Organisers say they hope the event will serve as a “great reunion” and gathering for people who have been involved in the movement as well as an inspiration for today’s Church.

“In recent months a number of us have met and reflected on the significance of Charismatic Renewal in Ireland, especially during the 1970s and 80s,” organisers explained.

“For each of us our involvement at that time greatly influenced us as individuals, and has supported us along many strange pathways. For this we are deeply grateful,” they explained as they outlined their reasons for organising this gathering.

According to Gerard Gallagher of the Archdiocese of Dublin’s Office of Evangelisation, who is involved in organising the day of prayer, reflection, testimonies and Mass at the Pro Cathedral in Dublin, “The more conversations I have, the more I realise the amount of people from all traditions whose lives were impacted by the renewal.”

The celebration takes place on Sunday afternoon, 29 September, beginning at 2.30pm and concluding with Mass which begins at 6.30 pm. Archbishop Diarmuid Martin will be the principle celebrant.

It is taking place this year because it is 40 years since the first Charismatic prayer group gathered in Kimmage Manor, Dublin. It is also linked to the Year of Faith and 50th anniversary of the Second Vatican Council.

“Members of the Charismatic Renewal were key people in helping Vatican II implement the liturgical changes to music etc. Their prayer and style of gathering was radical and life changing,” Gerard Gallagher told CatholicIreland.net 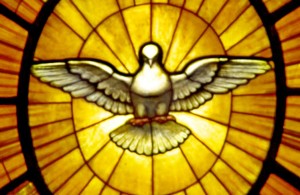 According to the Office of Evangelisation spokesman, the difference the Charismatic Renewal made to Irish Catholics’ faith was that it “gave them a personal relationship to Jesus Christ, his Church and through the work of the Holy Spirit, they were open to being formed in the Holy Spirit as disciples.”

He said people, priests and bishops have been touched by the Renewal but sadly not as many today.

Mr Gallagher suggested that the waning of interest was due to Church structures which were unable to deal with new religious movements. “People became disillusioned with the institution but not with faith.”

Though he never joined the movement, Gerard Gallagher said, “a great many of my associates and collaborators have been part of it. I do think there is a role for it today in answering the call to renew the Church – they have done it and just need to try it again.”