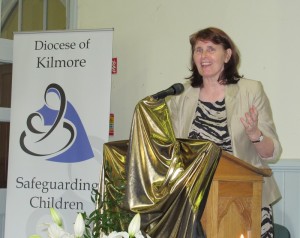 The National Board for Safeguarding Children in the Catholic Church in Ireland has appointed a new Chief Executive to replace Ian Elliot who retired last June.

Teresa Devlin, who has been acting as Interim CEO since Mr Elliot’s departure, “has extensive experience in child protection management and family support, both at the levels of senior management and in the specific areas of risk assessment and care planning” according to the NBSCCCI.

The child safety expert oversaw the publication of the fourth tranche of safeguarding reviews last December, which looked at child safeguarding practice in six dioceses and two religious orders.

Before joining the NBSCCCI in August 2008, Ms Devlin, who has a background in social science, psychology and child protection, served for four years as Head of Research Policy and Service Review at the office of the Northern Ireland Commissioner for Children and Young People (NICCY).

Responding to the announcement, NBSCCCI Chairman, John Morgan, said Teresa Devlin “brings a unique combination of experience, compassion and insight to the role and we are delighted to have her leading the team.”

He said the organisation was “hugely confident that she will continue to work with distinction as she moves into the CEO post permanently.”

The newly appointed chief executive will formally take up her position with the independent watchdog on 1 February.

Teresa Devlin is the first woman to hold the position.

The NBSCCCI was established in 2006 in order to in order to provide best practice advice and to monitor the safeguarding of children in the Catholic Church.

Its sponsoring bodies are the Catholic Bishops’ conference as well as the Conference of Religious and the Irish Missionary Union.

So far the NBSCCCI has completed a total of 27 audits of church authorities.