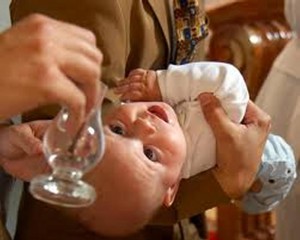 According to Vatican News, the Congregation for the Doctrine of the Faith (CDF) has affirmed that Baptisms administered with modified formulas are invalid, including: “We baptise you in the name of the Father and of the Son and of the Holy Spirit,” in which the word “we” replaces “I”. Those who were baptised in this invalid way must be baptised in forma absoluta, meaning the person should be considered as not yet having received the sacrament.

“Apparently, the deliberate modification of the sacramental formula was introduced to emphasise the communitarian significance of Baptism, in order to express the participation of the family and of those present, and to avoid the idea of ​​the concentration of a sacred power in the priest to the detriment of the parents and the community that the formula in the Roman Ritual might seem to imply. With debatable pastoral motives, here resurfaces the ancient temptation to substitute for the formula handed down by Tradition other texts judged more suitable…

“The Second Vatican Council states that: ‘when a man baptises it is really Christ Himself who baptises’. The affirmation of the Constitution on the Sacred Liturgy Sacrosanctum Concilium, inspired by a text of Saint Augustine, wants to return the sacramental celebration to the presence of Christ, not only in the sense that he infuses his virtus to give it efficacy, but above all to indicate that the Lord has the principal role in the event being celebrated…

“It is therefore understandable that in the course of the centuries the Church has safeguarded the form of the celebration of the Sacraments, above all in those elements to which Scripture attests and that make it possible to recognise with absolute clarity the gesture of Christ in the ritual action of the Church. The Second Vatican Council has likewise established that no one ‘even if he be a priest, may add, remove, or change anything in the liturgy on his own authority’.

“Modifying on one’s own initiative the form of the celebration of a Sacrament does not constitute simply a liturgical abuse, like the transgression of a positive norm, but a vulnus inflicted upon the ecclesial communion and the identifiability of Christ’s action, and in the most serious cases rendering invalid the Sacrament itself, because the nature of the ministerial action requires the transmission with fidelity of that which has been received (cf. 1 Cor 15: 3).”

The responses from the CDF were confirmed by Pope Francis at the end of June and published on 6 August.