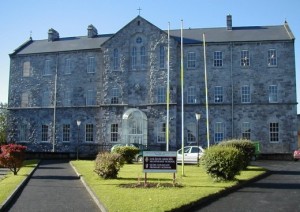 Bishop Brendan Leahy expressed gratitude “for the myriad works of mercy, both seen and unseen” at CBS schools in Limerick over the past two centuries.

Speaking at the Mass of thanksgiving in St John’s Cathedral to mark the bicentenary of the arrival of Christian Brothers in  Limerick, the Bishop said: “Pope Francis has remarked that education is a ‘key, key, key mission’ of the Church.”

“The Christian Brothers schools have contributed enormously to education in this city and county,” Dr Leahy added.

“It is right that we express gratitude before God and to the Brothers, teachers and staff for their zeal through the years.”

While listing the achievements of past pupils in sporting and civil life and the spread of Christian Brothers throughout the world, Bishop Leahy also acknowledged that all was not perfect in Christian Brothers’ schools over the years.

“There are dark aspects to be found within the Christian Brothers schools’ collective memory. The limits of certain methods and systems (we remember what the 1916 leader Padraig Pearse said in his work, ‘The Murder Machine’ regarding negative aspects of the educational system a hundred years ago!) and the failings and sinfulness of individual characters need to be humbly admitted and confessed,” he said.

“And yet, as Limerick author and former Christian Brothers’ boy Criostoir O’Flynn reminds us in his memoir, we can also recognise ‘the self-sacrificing lives’ of so many brothers, lay teachers and staff of the Christian Brother Schools.”

Bishop Leahy noted that, though today there are very few brothers left in Limerick, the good work of the Christian Brothers lives on in many hearts and minds. 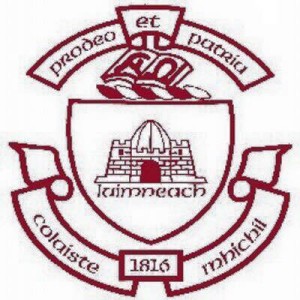 Also present were some of the almost 900 pupils of infant, primary and secondary schools which are known locally as CBS Sexton Street.

They played guitar and tin whistle music, sang in the choir.

Some pupils brought to the altar symbols of the past and the present school including some modern technology.

The cross represented those who had a bad experience at the school.

“By bringing up the Cross and during some of the prayers we also acknowledged that not everybody’s experience at Sexton Street was always positive,” Patrick Hanley, principal of CBS primary school, told CatholicIreland.net.

“The school today is still a vibrant school but very different to what people would remember because about 40% of pupils are now from Afghanistan, Pakistan, China and so on,” he said.

He explained that there can be an impression that Catholic schools are not as open to people of other faiths and religions but this school is open to all. Around 40% of pupils are Muslim and there are up to three dozen nationalities at the school.

There are now both boys and girls in the school pipe band and pupils. They led the past pupils and visitors at the bicentenary mass back to the school for refreshments and ‘networking’ and catching up with former pupils and teachers.

“Some of these people hadn’t been in the school for 40 or 50 years and they were meeting past pupils and former teachers who had come to the school for the day as well,” he explained.

JP McManus is one past pupil and he gives special awards to the school as each year the eight top leaving cert students get a grant of around Euro 700 per month to go to the college of their choice.

Another major event of the bicentenary celebrations is the launch of a book with photos and stories and articles about the school and past pupils. Many copies have been sold in advance at a premium price to help with funds.

The school is an old one and is in need of funding to upgrade it. Patrick Hanley said that past pupils or those attending the book launch and other bicentenary events may want to become a donor and contribute to a modernisation fund.

The book itself will be launched in April. It covers 200 years in 650 pages, with hundreds of photographs more than 30 articles from past pupils.

It has taken Donal Russell and Sean Curtain three years to compile. Donal Russell told CatholicIreland.net that there was enough material to fill five volumes.

Many of the ‘main characters’ from past decades are featured including the man who invented the submarine,  John Philip Holland, who as a Christian Brother taught there school but had to leave the due to ill health.