‘Catholics shouldn’t apologise for their faith’ 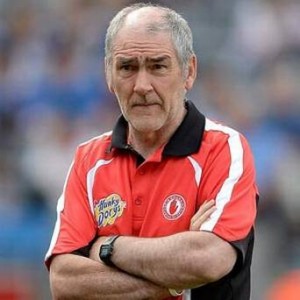 Tyrone Gaelic football manager, Mickey Harte, has urged Catholics to be proud of their faith.

Speaking at the ‘Building Community – Lessons from the World of Sport’ conference at Mary Immaculate College in Limerick recently, the GAA football manager said Catholics tend to be too apologetic and “should not be swayed by scandals perpetrated by a very small minority of clergy”.

Speaking about his own faith, Mr Harte said it helped him cope with the deaths of his daughter Michaela and his two brothers within a three-month period in 2011.

“Life wasn’t easy. You could never have dealt with this on your own. You had to have faith. There had to have been something greater to get you through.”

He also paid tribute to the community spirit that exists in the GAA describing it as “incredible” in times of trouble. “For us at that time the club mobilised, the county, even the province,” he recalled.

“Everyone gave all the support they could to make sure the practicalities had to be done. They just stepped forward in a great Christian spirit of solidarity and support.”

In sport, Mr Harte said, people have to take responsibility for their own performance and ask if they were doing their best.

“This also applies to our faith and we certainly cannot shirk responsibility. We cannot blame the scandals of the Church. We can’t just take a position that because of those scandals we just don’t bother doing anything, participating in any way. We can’t just say that is the responsibility of the entire Church, because it’s not,” he said.

Speaking about faith and its link with sport Mr Harte asked, “Why should we not be as proud of our Catholic faith as we are of our club colours?”

“As Catholics we are part of the biggest team in the world and we should be proud of that. We should be able to say who I am and this is what I believe. In a game there are all sorts of little battles within it. It’s the same in life. Life gives you some challenges and with the help of God you manage it,” he said.

Other speakers at the conference include one of the country’s best known physiotherapists Gerard Hartmann as well as other well-known sporting figures such as Limerick hurling stars Cian Lynch, Seamus Hickey and Declan Hannon and Pat O’Sullivan from Limerick FC.

The conference is one of the key diocesan events organised for the lead-in to the 8-10 April Limerick Synod.