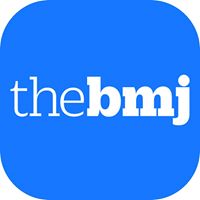 Irish mothers have dismissed reports which suggest that Ireland’s low breastfeeding rates may be the result of this country’s strong Catholic heritage.

“My Catholic heritage had no influence whatsoever on deciding to or not to breastfeed,” one Irish mother who wished to remain anonymous told Catholicireland.net.

She is a stay-at-home mum and carer who breastfed each of her three children during the 1990s. She felt free to breastfeed while attending training conferences by NAOMI Billings Ireland during her ten years as a teacher of this method of natural family planning.

When she went to Castel Gandolfo near Rome for a four-day retreat, she was given accommodation close to the venue by organisers who were anxious to facilitate her breastfeeding.

She said that she would never breastfeed in a church during Mass, “out of respect”, but she said she has never felt excluded from church activities, and she and the other mothers supported each other fully.

The issue arose when Irish newspapers reported on Catholics’ lower incidence of breastfeeding as presented in a new international study published in the BMJ Global Health Journal.

In the study, researchers looked at breastfeeding data and the percentage of Catholics and Protestants in populations in Western nations including Ireland, France, the UK, Canada and the United States.

Having factored in data on national income and quality of life, they found links between religious affiliation and breastfeeding rates in these countries. Some of the key findings were that 46 per cent of women in the Republic of Ireland have initiated breastfeeding, compared to 64 per cent in Northern Ireland, 75 per cent in the US and 87 per cent in Canada. In the 1970s, Irish rates were at a low of 11 per cent.

Mothers who breastfed told Catholicireland.net that in their own mothers’ generation in the 1960s it was felt that feeding milk formula from a bottle was ‘progressive’. There was an attitude that bottle feeding was ‘posh’ and something that some mothers aspired to.

By the time later generations came to breastfeeding in the 1990s, it had swung the other way and seems to be continuing in that direction. The mother told Catholicireland.net that income and lifestyle choices are by far the biggest factors in deciding whether to breastfeed or not. If the mother has to work she may feel she cannot breastfeed or will have to wean before her maternity leave ends.

“Life is so fast. If you choose to breastfeed you are in a different way of life, you have to slow everything down, it is a natural process. All new mothers should rest anyhow but to breastfeed you do need to rest and eat properly and it is a choice you make,” she said.

Mothers who intend to breastfeed today or who are already breastfeeding – including those who wish to continue breastfeeding after returning to work – can turn to a range of sources for support. These include supports within the healthcare system and voluntary organisations run by mothers who have breastfed and who are trained in offering support at all stages of the breastfeeding relationship between mother and child. 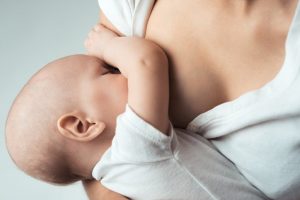 “We found consistent negative correlations between Catholicism and breastfeeding initiation rates,” researchers state in the study conclusions. “Our results suggest that women living in a country or region where Catholicism has historically dominated are less likely to initiate breastfeeding, and that breastfeeding promotion policies should be adapted to better fit populations’ cultural and religious norms.”

Another mother who breastfed all her children and continued to work in her profession said that encouragement from health professionals and strong role models helped her. She experienced both private and public hospitals in the late 1980s/early 1990s and believes that in public hospitals the emphasis was on getting the mother and new baby ready to go home within three days, so the bottle was often encouraged to speed things up. However, in the private hospital breastfeeding was encouraged by the entire team, from consultant to nurse.

Her mother had been helped to breastfeed by an African nun in the Medical Missionaries of Mary Hospital. She felt her mother was a role model, as was her sister-in-law, a conservative Catholic. So her decision to breastfeed was not curtailed by her Catholic heritage but rather encouraged by strong role models who were Catholics. Her doctor at the time was also a Catholic and known for strong pro-life views and he too encouraged breastfeeding.

“I certainly was not influenced [by my Catholic heritage in the decision to breastfeed],” she said. “I think it is more a Victorian type of morality that they [the researchers] are talking about rather than a Catholic ethos.”

During a baptism ceremony in the Sistine Chapel in 2015, Pope Francis encouraged mothers to breastfeed their babies, saying “You mothers give your children milk and even now, if they cry because they are hungry, breastfeed them, don’t worry.”

In its conclusions the report does state it is an “ecological study”, which means it measures one variable in population/s for an initial investigation of causal hypothesis.

The researchers conclude: “Qualitative and quantitative studies at the individual level are needed to confirm and explain our findings.”