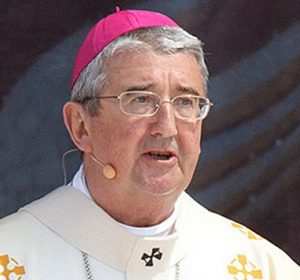 Faith-based schools are called to foster not robots but “keen intellects and prolific pens [capable of] addressing the pressing subjects of the day”, according to the Archbishop of Dublin, Dr Diarmuid Martin.

Addressing a conference yesterday sponsored by the Irish Catholic on ‘The Future of Faith-Based Schools in a Pluralist Society’, Archbishop Martin said the future of Catholic schools in Ireland would depend on “their ability to help young people find faith in Jesus Christ, but a faith that can bring its impact effectively on the values which will inspire a future and different Ireland.”

Uniquely in Western Europe, Catholic schools dominated the educational landscape here. “These schools are at the same time State schools and Catholic schools, but in some cases they suffer from a split personality,” he said. The dominance of Catholic schools reflected a “religious and cultural demographical situation of the past.”

If Catholic schools feel that they can continue to be all things to all citizens, then they may well end up with a compromised ethos, trying somehow to fit in with the scrambled ethos of the student and family mix around them, he warned.

“Faith schools are not instruments of religious indoctrination,” he continued. “There is no reason why they cannot and should not be open to receive children of other traditions, just as they should not be limited exclusively to one social class. An exclusivist ethos should be alien to any faith school.”

But he said that faith schools would only be effective if they were not “compromised in their ethos.”

The Archbishop said that “A faith school must be one committed to an integrated vision of education which fosters a future generation who, to quote Newman, ‘know their creed so well that they can give an account of it’ and give that account in our times within a pluralist society.”

Dr Martin referred to a talk that formed ‘The President of Ireland’s Ethics Initiative’ by President Michael D. Higgins, in which the president set out to look at the philosophical underpinnings of a view of the economy which, almost unnoticed, had driven Irish society down wrong roads.

“This same culture of narrow pragmatism which damaged our economy is also a threat which can undermine education,” said Archbishop Martin. “Ethical and philosophical reflections are not a luxury or a waste of time.”

Reflection and critical debate about the type of society we wish to attain and sustain and the values which should underlie it are part and parcel of an integral understanding of education. “The faith school must be a school rooted in solid values,” the Archbishop said, and it must be a school which “fosters the ability of critical reflection and societal conviction on the part of its students.”

As believers, we have to identify aspects of our faith-language which can be understood and find resonance and attraction in a more secular world where there is still a sense of seeking for meaning.

Archbishop Martin was one of a host of speakers at the one-day conference. Other speakers included: the former UK ambassador to the Vatican, Francis Cambell, who is now Vice Chancellor to St Mary’s University at Twickenham; Baroness Nuala O’Loan, Columnist and Social Commentator; Daire Keogh, the President of St Patrick’s College, Drumcondra; and Rt Hon. Ruth Kelly Former UK Secretary of State for Education.