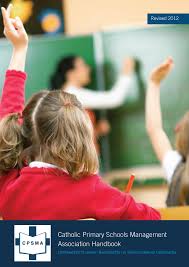 The Catholic Primary Schools Management Association, which represents all the boards of management of over 2,900 Catholic primary schools in Ireland, has appointed a new general secretary.

Rev Dr Tom Deenihan, who has worked as diocesan secretary and diocesan education secretary in the Diocese of Cork and Ross since 2006, took up his appointment on Monday.

Ordained to the priesthood in 1991, he has worked in a number of positions including several parishes and a post-primary school, as well as for the diocesan office.

He has a Master’s degree and a Doctorate in education.  He also taught at St Goban’s College, Bantry, Co Cork for nine years and has served on many primary, post primary, third level and further education boards.

Fr Deenihan is a member of the Cork Education and Training Board (formerly known as Co Cork VEC) and holds the post of chair and occasional lecturer at the Christian Leadership in the Education Office in Cork, which is a collaborative partner of the University of Hull.

In a statement, Fr Deenihan said he was honoured to have been appointed to serve as general secretary of the CPSMA and expressed his appreciation of the support received from Sr Eileen Randles, Mgr Dan O’Connor and Ms Eileen Flynn in his role as a member of primary boards of management and as diocesan education secretary.

“I hope to continue the tradition of promoting, defending and supporting the inclusivity, professionalism, and high standard of education and religious education in our Catholic primary schools throughout the country,” he said.

“I am particularly mindful of the obligations that CPSMA has to people in all the parishes of Ireland. I am acutely aware and wish to acknowledge today those women and men who selflessly serve the community by their voluntary service on management boards.”

“I now look forward to working with the CPSMA Standing Committee, the Department of Education & Skills, as well as the other education partners, in order to support Catholic primary schools,” he concluded.