Catholic Communications director is made a Fellow of the PRII 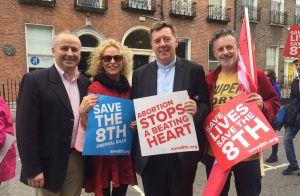 The Director of the Catholic Communications Office of the Irish Bishops’ Conference has been made a Fellow of the Public Relations Institute of Ireland.

Martin Long has been the bishops’ spokesman and has headed up the communications office in Maynooth since 2003.

According to the Public Relations Institute of Ireland (PRII), a Fellow is recognised as a leader in the public relations and communications profession.

Those who have earned the designation have done so by being highly skilled and in positions of leadership in their organisation and profession.

They have also made a notable contribution to the development of public relations.

Martin Long has overseen the communications office in Maynooth during a tumultuous period for the Irish Church, dogged by clerical sexual abuse scandals, increased secularisation and a series of damning investigations into the hierarchy’s handling of abusive priests.

The father of four has also overseen a period in the Church’s history which has seen increased participation of the laity at parish level, a successful diocesan synod in Limerick, and the hosting of the International Eucharistic Congress in 2012.

He is involved in the forthcoming hosting of the World Meeting of Families and the visit of Pope Francis in August as well as the abortion referendum which may take place in May or June this year.

Between 1995 and 1997, Martin Long worked for Fianna Fáil in Oireachtas Éireann as a researcher on environmental and local government issues.

During this time he was secretary to FF’s delegation at the Forum for Peace & Reconciliation in Dublin Castle.

In 1997, Mr Long was appointed as special advisor to the Minister for Food at the Department of Agriculture.

Following this appointment, he worked as an associate director with Bill O’Herlihy Communications.

He holds a BA in economics, politics and psychology from University College Dublin and a postgraduate diploma in legal studies from the Dublin Institute of Technology.

He is an advisory member of Dunboyne College and Vice Chair of St Peter’s College in Dunboyne.