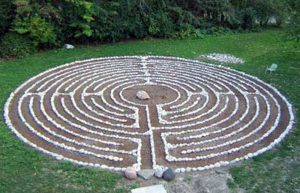 The third phase of the Anglican-Roman Catholic International Commission (ARCIC) has been meeting all this week in Toronto, Canada.

The eighteen strong commission led by Archbishop Bernard Longley, Catholic Archbishop of Birmingham and David Moxon, Director of the Anglican Centre in Rome and former Anglican Archbishop of New Zealand has put together a document entitled ‘Towards a Church fully reconciled’ which it expects to publish in the autumn.

Its first phase, ARCIC I was from 1970 to 1982, when the Commission studied Eucharistic doctrine, ordination and authority.

ARCIC II talks ran from 1983 to 2011 covering topics like the doctrine of salvation, communion, teaching authority and the role of Mary the mother of God.

This third phase began in 2011 and is considering how the Church arrives at moral teaching.

ARCIC III has used the ‘Receptive Ecumenism’ approach to look at the limitations within each communion and see how one Church can help the other grow towards the fullness of faith.

The basic principle of Receptive Ecumenism, according to Professor Paul Murray, is that further ecumenical progress is possible but only if each of the traditions, both singly and jointly, makes a clear, programmatic shift from prioritising the question, “What do our various others first need to learn from us?” to asking instead, “What do we need to learn and what can we learn – or receive – with integrity from our others?”

“Receptive Ecumenism is about each tradition taking responsibility at every level of its life for its own continued learning and potential further flourishing in the face of the other,” writes the Professor of moral systematic theology.

According to the editor of the Church of Ireland Gazette, ecumenical dialogue is always a long-term project.

“I think the ARCIC process has contributed to the progress in Church of Ireland – Roman Catholic relations because major subjects have been addressed in an open way.” 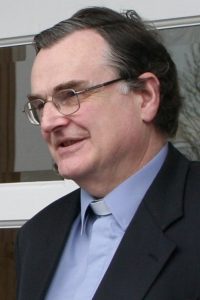 Rev Ellis said the topics covered by ARCIC I were “especially high profile” but the current topic of moral thinking “is nonetheless important and of particular relevance to church life today”.

Asked how the work of the commission could enter the lives of ordinary people, Catholics and Anglicans, Rev Ellis said that the ARCIC was not really about “the person in the pew” in the first instance.

“It is about high level theological consideration. That of course has an impact in the pew but it is not, in a sense, a direct impact. However, good communication between ARCIC and the Church media will only help in the ultimate goal of furthering ARCIC’s purpose.”

The occasional joint meetings of Church of Ireland and Roman Catholic bishops were very much in the ARCIC spirit, he said.

“Meetings between the bishops of the two churches at national level were suggested quite early in the whole ARCIC process and I’m glad that this now happening in Ireland.”

He added that any ecumenical study, in parish groups or wherever, was a very good thing.