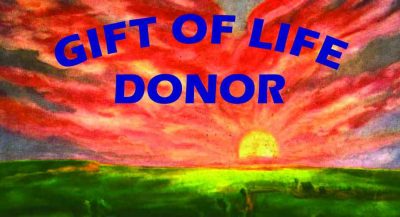 The practice of donating organs should be encouraged “as a manifestation of generous solidarity”, Pope Francis said this weekend in a meeting with the Italian Association of Organ Donors.

Today, organ transplantation can involve kidneys, hearts, livers, pancreas, intestines, lungs and corneas. Not only does modern medicine allow for life-saving transplants after a donor’s death, it is also possible for the living to make bone marrow transplants that can aid those with some cancers and those suffering from some auto-immune disorders.

“Organ donation responds to a social need because, despite the development of many medical treatments, the need for organs still remains great,” the Pope said on Saturday.

“Donation means looking at and going beyond oneself, beyond one’s individual needs and opening oneself generously to a wider good. Organ donation is not only an act of social responsibility, but also an expression of the universal fraternity which binds all men and women together.”

According to Professor Jim Egan, director of Organ Donation and Transplant Ireland, in 2017 in this country 99 families agreed to donate a loved one’s organs after their death. The number of kidney donations was further boosted by 51 living donors. In that one year in Ireland 311 people’s lives were saved through transplant surgery.

Ireland has one of the highest rates of organ donation in the world, with 20.3 donors per million people.

Sadly, there is a growing market in unlicensed kidney donations, where people desperate for cash donate one of their two kidneys. The Pope said no part of the body should be for sale.

“Any form of commercialisation of the body or of a part of it is contrary to human dignity,” the Pope said. “In giving blood or an organ of the body, it is necessary to respect the ethical and religious perspective.

“For those who do not have a religious faith, the gesture towards needy brothers and sisters is called to be made on the basis of an ideal of selfless human solidarity. Believers are called to live it as an offering to the Lord, who has identified himself with those who suffer from illness, been in road accidents or accidents at work.”

Pope Francis says it is important to promote a culture of donation through information, and awareness. He concluded: “From this gift of giving, others can enjoy life and better health.”