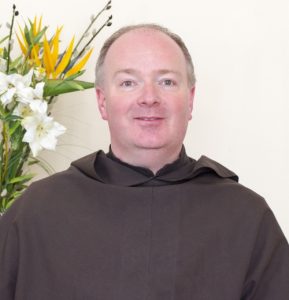 A Carmelite priest and former school principal is to be the new leader of the Catholic Schools Partnership.

Fr Richard Byrne OCarm takes over from Fr Michael Drumm who took up the position in 2010 when the organisation was first established by the Irish Bishops’ Conference as an umbrella group providing a unified voice for Catholic Education.

“I feel honoured to have been asked to follow in the steps of Fr Michael Drumm who was a pioneer in the Catholic Schools Partnership,” Fr Byrne told Catholicireland.net.

“I very much appreciate the immense work that Fr. Michael and all those involved in CSP undertook and how much they achieved.”

Fr Byrne OCarm is currently Provincial of the Irish Province of Carmelites. Formerly he was headmaster at Terenure College in Dublin and has a long career in education.

Recently he completed doctoral research in UCD on the contemporary Catholic post primary sector in Ireland.

He will be joined in his new role by Ferdia Kelly, who will act as chief executive office for the CSP.

Mr Kelly has already served as a member of the Partnership in his previous role as General Secretary of the Association of Management of Catholic Secondary Schools (AMCSS) and the Joint Managerial Body.

Currently he is a member of the Teaching Council and the Boards of Governors of Mater Dei Institute and Marino Institute of Education in Dublin.

Fr Byrne said he was delighted that he would be working with Mr Kelly and “all the members of the CSP Council who together have an enormous amount of educational experience. Together, I hope that we can continue to help in supporting and further developing a vibrant Catholic education sector.”

It also supports those working in Catholic education in order to foster high quality life- long learning and faith development for all learners.

Its council is made up of 21 members representing all the stakeholders in Catholic education, promotes collaborative engagement with issues facing Catholic schools.

The main event that the CSP organises and provides material for each year is Catholic Schools Week which runs for a week from the last Sunday of January. 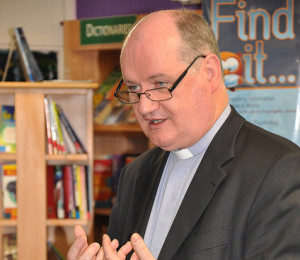 The CSP’s former leader Fr Michael Drumm is to take up an appointment in Nigeria.

The new appointment to the CSP comes as the Government plans to raise number of multi-denominational schools in the country to 400 within fifteen years.

In June of this year, it was announced that Minister for Education, Richard Bruton was drawing up plans to encourage the Catholic Church to transfer of patronage of hundreds of Catholic primary schools to other models, including Community National Schools, run by local education boards under the patronage of the state.

He also suggested models of joint patronage like the system used at second-level, where there were two patrons, for example the Church and the Education and Training Board.