Home > News > Cardinal warns of ‘crisis in the vocation of parenting’

Cardinal warns of ‘crisis in the vocation of parenting’

The Primate of All Ireland has warned of a “crisis in the vocation of parenting” which is resulting in the fragmentation of traditional family bonds.

Speaking on Sunday in the Basilica of St Gotthard in Lamspringe in the German Diocese of Hildesheim, Cardinal Sean Brady expressed concern at the under-valuing of the stability and commitment in marriage by political and cultural elements.

These presented “unprecedented challenges to the family as the first agent of evangelisation”, he warned and added that the “committed marriage between a woman and a man” was an “essential part of the transformation and purification of our culture.”

In his homily, which he preached to commemorate the life and ministry of St Oliver Plunkett, patron saint of the Archdiocese of Armagh, the Cardinal said the witness of St Oliver called the faithful to “a renewed appreciation of the need to support stable, committed marriage between a woman and a man.”

He explained that he was in Lamspringe to take part in the annual celebrations in honour of his martyred predecessor.

“It is to the glory and praise of the people of this diocese of Hildesheim and to the monks of Lamspringe in particular, that the mortal remains of St Oliver found, for 200 years, a resting place in the shrine in the Church of Sts Hadrian and Dionysius”, he explained.

Recalling the link between the Benedictines in Lamspringe and Downside in Yorkshire, Cardinal Brady explained that one of the monks St Oliver had met in Newgate prison was Dom Maurus Corker.

St Oliver was accused of treason and plotting an invasion of Ireland to overthrow the King. He was convicted, sentenced to death and executed at Tyburn on 1 July 1681, the last person to be executed for his faith in England.  His remains were buried in a nearby churchyard. 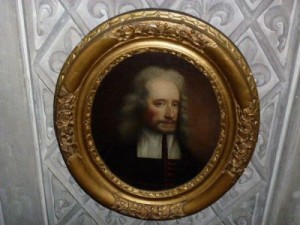 Dom Corker was not executed but eventually released from prison. He immediately set about exhuming the remains of Oliver Plunkett and transported them to Lamspringe for burial in a shrine in the ancient Church of Sts Hadrian and Dionysius – which was the Abbey Church at the time.

“As an Irishman and as the present Archbishop of Armagh, I am grateful to all of you for all you do to keep alive the memory and spirit of my fellow Irishman and heroic martyr for the faith, St Oliver Plunkett,” he said.

The Primate also recalled a saying of St Oliver’s: “This is the time for doing good. We must follow the example of sailors at sea. When the wind is favourable, they unfurl their canvas and skim swiftly across the ocean under full sail”.

He explained that there was an obvious allusion in this to the Holy Spirit as the breath of God and to the current challenge before the Barque of Peter, the Church.

“In the modern world it is a time for doing good. Pope Francis reminds us of the importance of authentic witnesses to the reality and transforming power of Christ’s love in the ordinary, everyday moments and encounters of life. In this we will be well served by looking to the life and example of St Oliver Plunkett,” he said.